You now have zero excuse not to read to your kids 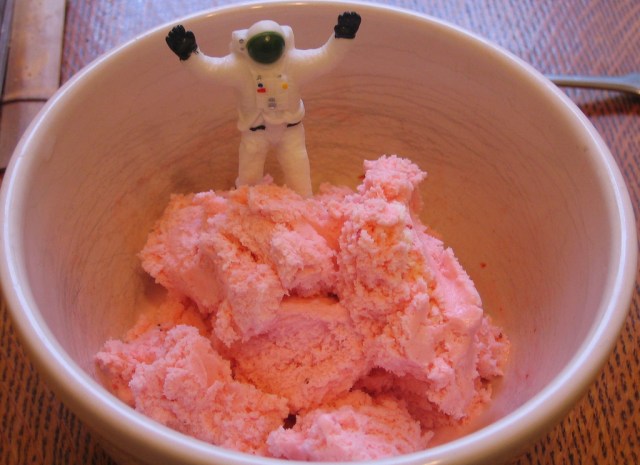 The children of Earth will soon get their bedtime story from an unexpected place–the International Space Station. Growns up can watch though too, right? Please tell us we can watch this too.

In a decision that will melt your polar-vortexed heart, an unmanned Cygnus spacecraft will launch from Virginia tomorrow afternoon (solar flux activity permitting) with a delivery of books for the ISS’ new educational program “Storytime From Space.” According to the program’s co-creator, astronaut Al Drew, Storytime From Space (or Star Words, as we’re calling it) will “ignite children’s engines of adventure” while combining literacy skills with science, technology, engineering and math.

The inspiration behind the program is Max, a space-traveling dog from a popular children’s series by educator Jeffrey Bennet. The books follow Max as he visits the Moon, Mars, Jupiter, and in a new book written specifically for Storytime From Space, the ISS.

Given recent discoveries by dog-poop scientists these adventures would likely be confusing for a real dog, but the series is popular with parents and teachers for appealing to a wide age group and blending narrative with science. John Glenn even described the series as “very well done,” and he went to space and pooped just fine. (Probably.)

By sending actual books to ISS rather than using digital copies, watching a Storytime From Space video will be “just like when you’re in kindergarten or first grade and the teacher has the hardcover book to read in front of you,” says Patrick O’Neill of the Center for Advancement of Science In Space (CASIS). The obvious  difference being that instead of an earth-bound classroom setting these stories will be read from the cupola of the Space Station, providing today’s earthlings with an unprecedented opportunity to see what life is like in space, view their planet from a distance of 220 miles, and of course ponder their own insignificance in the grand scheme of the universe.

Honestly though, we couldn’t be more excited for the educational possibilities that the program offers. CASIS hopes to soon have the astronauts performing age-appropriate scientific demonstrations that compliment their readings, videos of which will then be edited and available for free on Storytime From Space’s website. And to think we made do with Reading Rainbow.

(via Space.com, image via Rakka)