NASA Scientists Use Photons from the Sun to Balance Kepler Space Telescope, Because Science is Amazing

The power of the sun in the palm of our hands. Or on our spacecraft. Whichever. 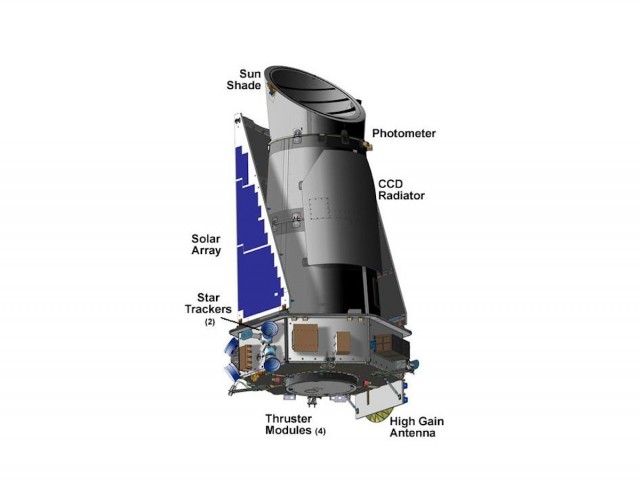 It’s expensive to get a new telescope into space to search for alien worlds, so NASA scientists came up with an ingenious way to reactivate the defunct Kepler space telescope. It was unable to properly aim its field of vision after losing too many of its stabilizing gyroscopes, but it now balances itself against photon energy from the sun.

Its two remaining gyroscopic wheels are be able to form a kind of tripod with photon energy from the sun to again point its view back out into the universe for its K2 mission of searching for previously unknown planets. It can’t just aim anywhere, because light from the sun will prevent it from noticing the tiny dots of planets passing in front of stars.

Here’s how NASA explains the process of using the sun’s energy to balance Kepler, because it’s pretty amazing: 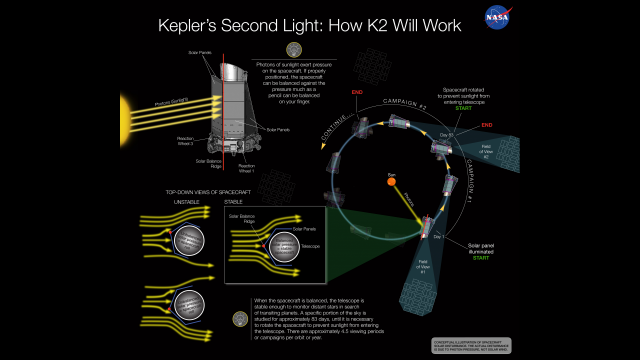 They’ve tweeted a few pictures of what it’s seeing since its reactivation, and it has apparently already discovered some new planets, so we’re glad they were able to bring Kepler back—even if their methods make us feel like cave men who barely understand how fire works by comparison.

(via NASA, image via NASA Blueshift)