Being An Astronaut Is Everything You Ever Wanted It To Be, And Also A Neat Cartoon [Video] 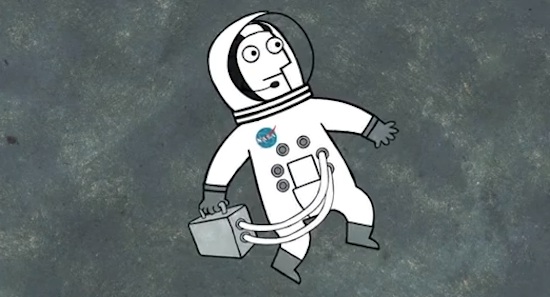 As I get older, every dream job I ever had as a kid seems to lose some of its shine in the cold light of day. Paleontologists, for example, spend much of their time filling out paperwork rather than digging up fossils, and few of them will ever clone and ride their own dinosaur. Being an astronaut, though? It’s still an amazing gig that always makes me wish I was a better, smarter person who someone would shoot into space. In this cartoon from Ted Education, astronaut and former SkyLab commander Jerry Carr talks about rockets that were struck by lightning, the nail-biting anticipation of waiting to see colleagues return from the dark side of the moon, and why early astronauts had to know how to cook a snake — just in case. Just check out the video below if for some reason you need a reminder of why you should be very jealous of astrnoauts.