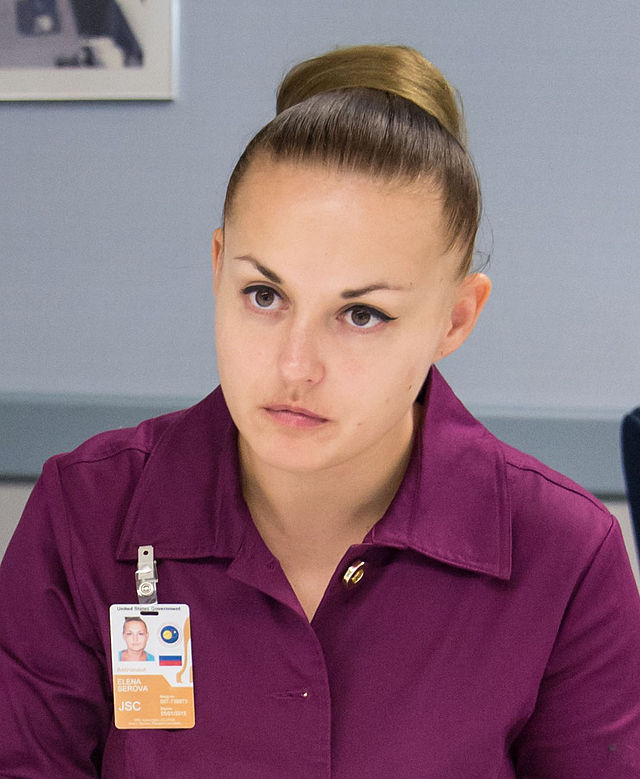 In space, no one can hear your bias, but on Earth you better check your privilege. As a reminder that we still have a ways to go before achieving gender equality in the sciences, researchers at the Space Telescope Science Institute have admitted that female researchers are less likely to get a piece of that Hubble than their male peers. In other news: cosmonaut hair-dos are very important.

In a paper due to be published in Publications of the Astronomical Society of the Pacific and based off research compiled over more than two years, the writers reveal that research teams with female principal investigators (PIs) are less likely to be approved for telescope time than those with a male PI. The study notes that only 1/4 of all projects submitted to the Institute are cleared to actually work with The Hubble, so considering every researcher’s chances of working in the Observatory are slim, it’s troubling that a project’s chances for approval are decreased by a slight margin when headed by a woman.

However, it’s reassuring that the STSI is examining its own biases so vigorously. Only (and I say “only” in the context of women’s struggle in the sciences overall) 4-5 more male-led projects than female-led ones are approved per cycle, but the Institute has still taken measures since the research began to to stop gender bias from interfering with the approval process. In addition to talking openly within the Institute about what accounts for the double standard, the STSI has also moved PIs names to the back page of every proposal and begun using an initial in place of the team leader’s first name. Note that almost no proposals are submitted by exclusively female teams—only the gender of the Pl appears to influence results.

The study does say that despite a lack of progress overall, the double standard is less pronounced when comparing teams led by recent graduates—a possible indication that any apparent bias will also resolve itself overtime. Regardless of whether or not the struggles of female PIs is an anomaly or evidence of a pervasive and stubbornly persistent bias, I still have to give big ups to the Institute for working so hard to ensure equality in the workplace. You guys are… stars!

In other rah-rah-progress news, earlier this week we reported that Russian Cosmonaut Elena Olegovna Serova would become the first ever female cosmonaut on the ISS as part of the 41st Expedition to the Space Station. The media coverage of Serova that I’ve seen up until today has all been overwhelmingly positive, but c’mon, it was only a matter of time before someone lobbed the cosmonaut some questions a man in her position would never be asked.

According to Jezebel, at a Wednesday press event Serova was asked multiple questions about how her 11-year-old-daughter would fare during her absence before the press eventually moved on to talking about the engineer’s physical appearance. The cosmonaut reportedly answered one hair query patiently (Quote The Guardian, “She even offered to give a demonstration of washing her hair in space”!) but was appropriately cutting when asked about her looks for a second time:

Can I ask a question, too: aren’t you interested in the hair styles of my colleagues? […] My flight is my job. I feel a huge responsibility towards the people who taught and trained us and I want to tell them: we won’t let you down!

Serova has spent seven years training for her mission (and all its accompanying infuriating trappings). According to Igor Marinin, editor of Russia’s Space News: “We are doing this flight for Russia’s image […] She will manage it, but the next woman won’t fly out soon.”