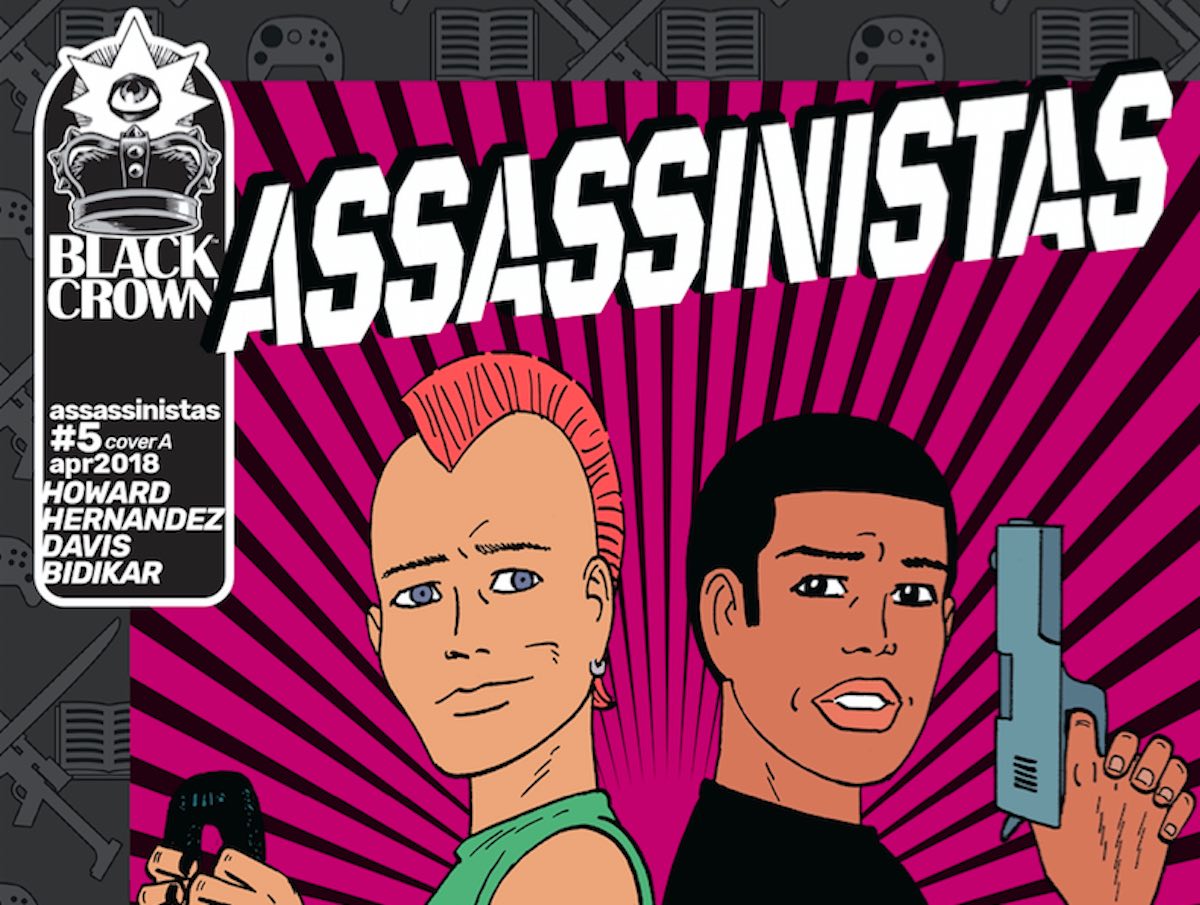 With the passing of Mother’s Day, I found myself thinking a lot about moms and comics. My mom got a “non-compliant” tattoo with me a few years ago, the iconic “NC” logo from the comic book Bitch Planet. My mom reads comics. She’s seen every comic book movie, but sometimes it’s frustrating how little she sees herself represented in comics. Maybe I need to send her Assassinistas, the Black Crown Quarterly book by Tini Howard and Gilbert Hernandez.

Assassinistas is all about moms. These particular moms are also assassins, but let’s be honest, we all know that moms would make great assassins. You do not mess with moms. The premise here is that, back in the day, Octavia, a.k.a. “Red October,” Charlotte, a.k.a. “Scarlet,” and Rosalyn, a.k.a. “Blood Diamond,” were a trio of ass-kicking assassins. Over the years, each of the women moved on to different phases of their lives, including marriage, babies, and jobs that don’t necessarily involve murder. The gang eventually lost touch with one another, until Charlotte’s young son Kyler goes missing, and Octavia teams up with her college-aged son and his pacifist boyfriend to help bring Kyler home. Along the way, we learn that Rosalyn hasn’t quite disappeared off the radar like everyone thought.

The conversation about diverse representation in comics is a robust one at this point, but it does sometimes seem as though, even now, only certain kinds of women get to play a main character. They are rarely older women, and if they’re moms, that can frequently sideline them. Don’t even get me started on the state of moms being fridged for some other character’s motivation. The predominant cultural narrative about motherhood is that it supersedes any other identity a woman has for herself—that she is no longer the protagonist in her own story.

I don’t know about you, but that narrative tracks with precisely zero moms I know, especially my own. It honestly would not surprise me if my mom was secretly a former assassin. Heck, it wouldn’t surprise me if she was currently one. (Hi, Mom!)

Issue five, the penultimate issue of Assassinistas, really wrestles with this problem of motherhood limiting women in cultural narratives. That perception—that having children somehow diminished what Octavia and Charlotte had accomplished or could continue to achieve in their formidable lives—becomes the main conflict in the story. Major credit to Howard for both demonstrating the fallacy of this and addressing it head on with these women. 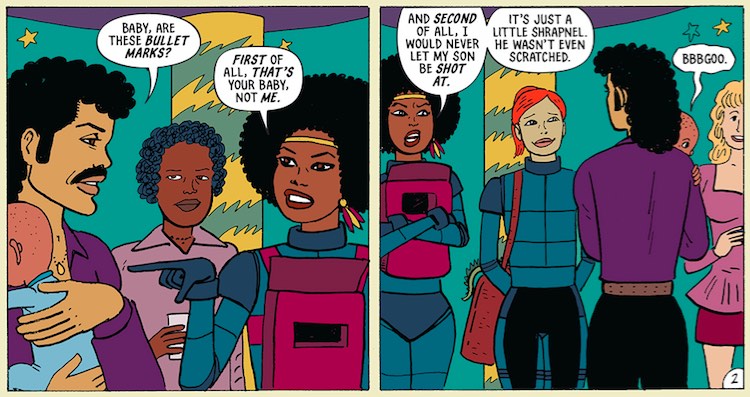 Artist Gilbert Hernandez brings his characteristic retro style to the book, with simple shapes accentuated by flat, bold colors by Rob Davis, in uncluttered, gridded panels. Character design is geometric and utilitarian. Even in spicier scenes (and there are a few in earlier issues), you don’t have to worry about scandalizing your mom with a bunch of boob windows or front-wedgies (you know, when a woman character’s uh, battle swimsuit or whatever is cut ridiculously high in the hips). Hernandez is known for his depiction of complex and diverse women in character-driven stories, and while he may seem like an unconventional choice for an action book, his artwork speaks to the real focus of Assassinistas. For all it’s about a bunch of action-moms, this is, at its heart, a character-driven story.

Assassinistas stands out for me as a story about motherhood that doesn’t put the usual restrictions on its mothers. It gives them plenty of room to be individuals, flawed and capable, loving and fierce. It reminds us that, while there is nothing our mothers wouldn’t do for us, they don’t have to give up their identities to be our moms.

Tia Vasiliou is a senior digital editor at comiXology. You can find her on Twitter at PortraitofMmeX.