Asian Superheroes Aren’t a Radical Idea (or an Oxymoron) 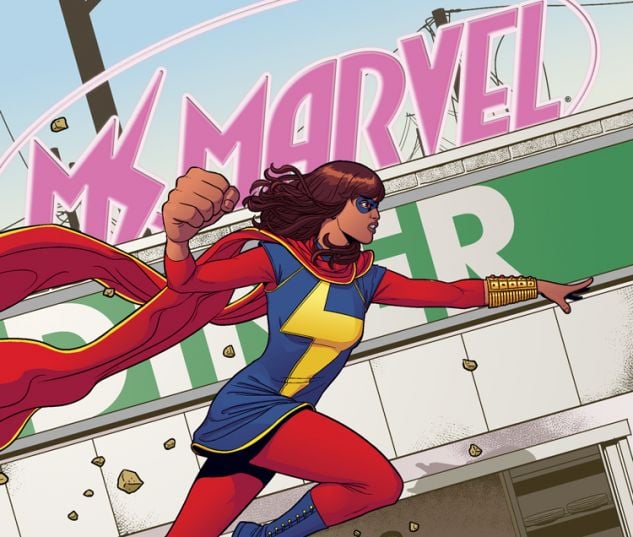 With the growing talks about diversity in comics, the inevitable think-pieces will pop up. Here’s what not to do if you’re writing one. An op-ed on NY Times titled “That Oxymoron, the Asian Comic Superhero” by Umapagan Ampikaipakan caused a stir when it came out last week, arguing that “the recent push by Marvel and DC for greater diversity in comics doesn’t make much sense,” and that the superhero genre is, and has always been, “universal.”

But for some of us non-Americans, the genre doesn’t need to apologize for itself, no matter how quintessentially American it is. The superhero comic is the American dream illustrated, and by definition the American dream must be accessible to all.

Ampikaipakan writes about his experience with comics in Kuala Lumpur with “three other comic-book freaks” who “didn’t mind that our role models were white.” He approaches the new wave of diversity with caution:

I suppose the current push to draw diversity into comics and add variety to the canon is meant to reinforce the notion that anyone can be a superhero. But that only risks undercutting the genre’s universal appeal.

He briefly mentions American-created Asian comic books characters who “failed to generate much of a following,” calls the “heroes of major Japanese mangas, like Astro Boy and Devilman” “rip-offs of the American comic book canon” and acknowledges Ms. Marvel’s success as “merely another retelling of the classic American immigrant experience.” Ampikaipakan ultimately concludes that the Asian superhero doesn’t work because the “superhero comic’s conventions” will “[collapse] under the weight of traditional Asian values: humility, self-effacement, respect for elders and communal harmony.” He argues the Asian superhero is a “contradiction” because he can’t “save the world and save face at the same time.”

We geeks out here in the Asian hinterlands have always readily bought into American ideals because the American comic book makes us believe we can be special, too. The Asian superhero, steeped in our cultural baggage, would only undermine the fantasy.

Ampikaipakan’s piece didn’t go over very well, and many readers criticized it for its sweeping generalizations and some troubling assumptions. Keith Chow, founder of Nerds of Color, wrote a fantastic piece on NBC titled “The ‘Asian Superhero’ Is Not an Oxymoron” in response that I definitely recommend reading. Chow points out the ways the article makes generalizations about manga (ignoring Sailor Moon, Super Sentai, Dragonball, etc. and dismissing Japanese stories), the way Ampikaipakan seems to associate whiteness with universality (and therefore relatability), and Superman’s history as the creation of Jerry Seigel and Joe Shuster, sons of Jewish immigrants. If the “original superhero’s” narrative is not only “the embodiment of the American ideal” but also an immigrant story that parallels many Asian stories, Chow says, it’s a bit odd to dismiss Kamala Khan’s storyline just because she’s brown.

Chow, who’s been strongly pushing for an Asian American Iron Fist since 2014, asks if pieces like this are the start of a backlash from increasing diversity for Asian superhero characters. I hope not, but if you’re thinking of writing a think-piece on Asian superheroes, I would say that Chow’s piece should be required reading. Pushing the largest continent into one “culture,” perpetuating the idea that Asians are all robotic, filial, and obedient, and arguing that diversity kills “fantasy” is not only misinformed, but it reinforces the frustrating and dangerous idea that white is the default.

The original piece focused on Asian superheroes (maybe since #AAIronFist is gaining a lot of momentum), but also cites other non-white or non-straight characters. (“Captain America is black. Thor is a woman. Iceman is gay.”) I had a similar gripe with the criticism of a children’s book about a gay and black boy, when one author argued that books don’t “need” to be a “mirror,” and reviewers who were upset and felt deceived when they discovered a crime story protagonist’s bisexuality. Diversity isn’t ruining the way people relate to characters; it’s fighting the idea that we can only relate to one type of character when so many other different kinds of people who are just as compelling, interesting, and relatable exist.

I relate to lots of white characters, but it feels pretty horrible to think that that empathy might not work in reverse. Asian people aren’t just sidekicks or extras in white narratives. I know a lot of Asians I consider real-life heroes, so why can’t we be super?