Asia Argento Says Spike Lee Was the Only Person to Approach Her After Cannes Speech, Which Isn’t the Case 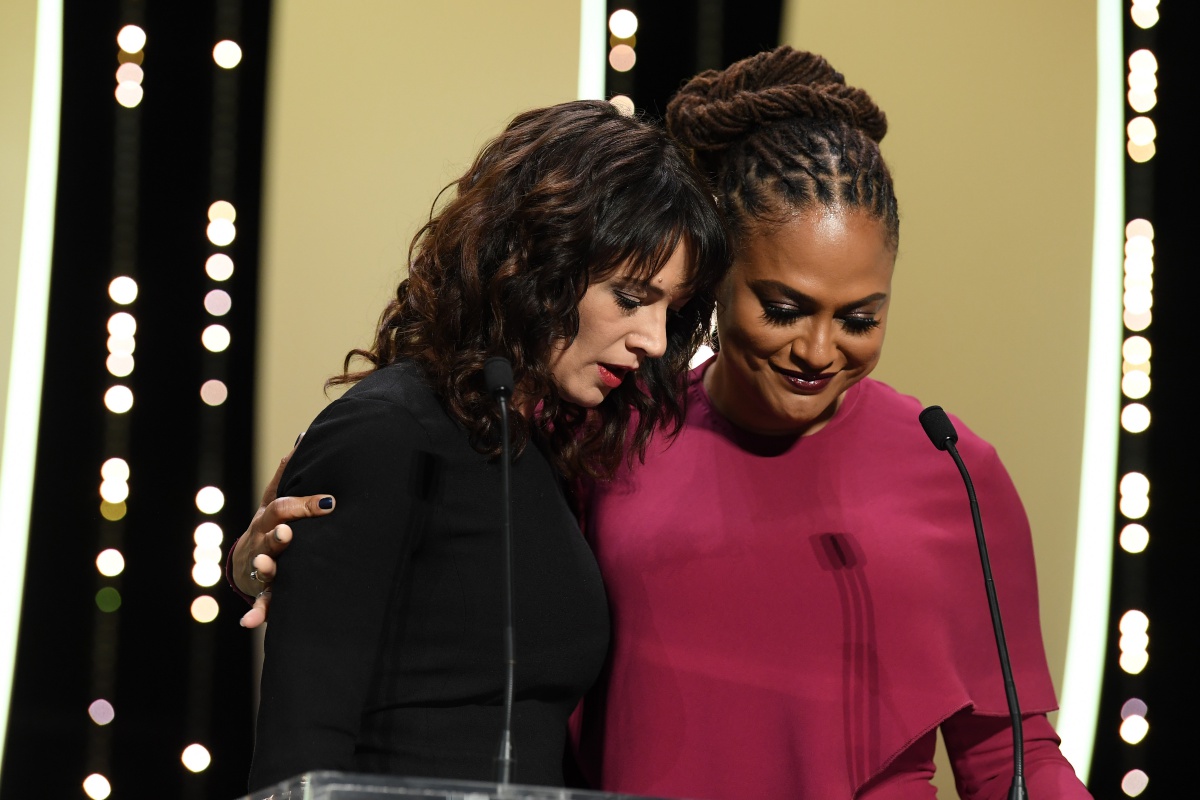 Asia Argento and Ava DuVernay during the closing ceremony of the 71st annual Cannes Film Festival at Palais des Festivals on May 19, 2018 in Cannes, France.

Asia Argento’s powerful speech at the Cannes film festival last week was one of the many moments of female strength that went on during the event. Between that, the actresses protesting for equality, and Kristen Stewart’s heel removal it was a series of powerful moments with women saying “we’ve had enough of the bullshit.” However, there has been a recent damper on that solidarity.

In responding to an encouraging tweet by Mia Farrow showing support, Argento tweeted that she got more support from the people online than at Cannes and that only Spike Lee came up after and showed her support.

I am definitely feeling it more from you all here than I did last night. After my speech, the only person who came up to me, congratulated and spoke kind words to me was Spike Lee. https://t.co/vdK6Mq0hGy

When people asked if director Ava DuVernay did anything, especially because she was standing right next to Argento at the time, Argento responded “no response.” DuVernay then sent her own tweet clarifying that she did indeed show support, with photo proof of them hugging.

My response was to put my arm around you and say “well-done.” You looked me in my eyes and said “thank you.” It was a warm exchange. I totally understand if you don’t remember the details as it was a big moment and there was a lot of emotion. For the record again, well done. xo pic.twitter.com/gz8moPAxrP

With all my heart and sincerity, I don’t remember that response. I was in a huge shock and people were clapping so much I possibly haven’t heard it. I would have never said that if I had heard it. https://t.co/3ye1XhgCv1

Personally, I feel Asia Argento genuinely could not remember. The moment was huge and she allowed herself to be extremely vulnerable. So in the rush of the moment, yes, it is possible that she did not remember the hug and DuVernay saying “well-done.” We’ve all had moments where we forget things in the heat of the moment.  Looking at her face when DuVernay is embracing her, she looks out of it. Not to mention, unlike many female celebrities here, she has not gotten the support of the Italian press so she has faced an immense about of backlash for speaking out.

Still, what she said was a problem.

Black Twitter and especially black female activists were pissed about this oversight. Rightfully, so. Here is the thing, as much as we talk about Tarana Burke and her accomplishments on originating the #MeToo movement, she is still not the face of it. The people who are getting the E! series, and press on it are women like Rose McGowan and Alyssa Milano. Black women, other women of color, and marginalized women have always been ignored and sidelined in progressive movements.

Even as someone who chooses in good faith to believe Argento, it doesn’t mean that her actions are without harm especially because it happened on Twitter, a public space in which she called out someone else. And that’s the larger problem. While there are no “leaders” in the #MeToo and #TimesUp movements, there are a lot of faces and that means a level of responsibility. If you are gonna say that another woman, especially one who has been outspoken and supportive of #MeToo didn’t do anything to support you, especially when that person is a woman of color, you should take a moment to make sure rather than just tweeting a response to a random person on Twitter.

This conversation about black female erasure is important, and while I don’t think it needs to lead to violent words being slung against Argento, it should be a reminder out there that words have power. It also shows that the two people who have shown support are two black creatives: DuVernay and Lee. Where was the rest of the Cannes film forum?