The #MeToo Movement comes to Cannes 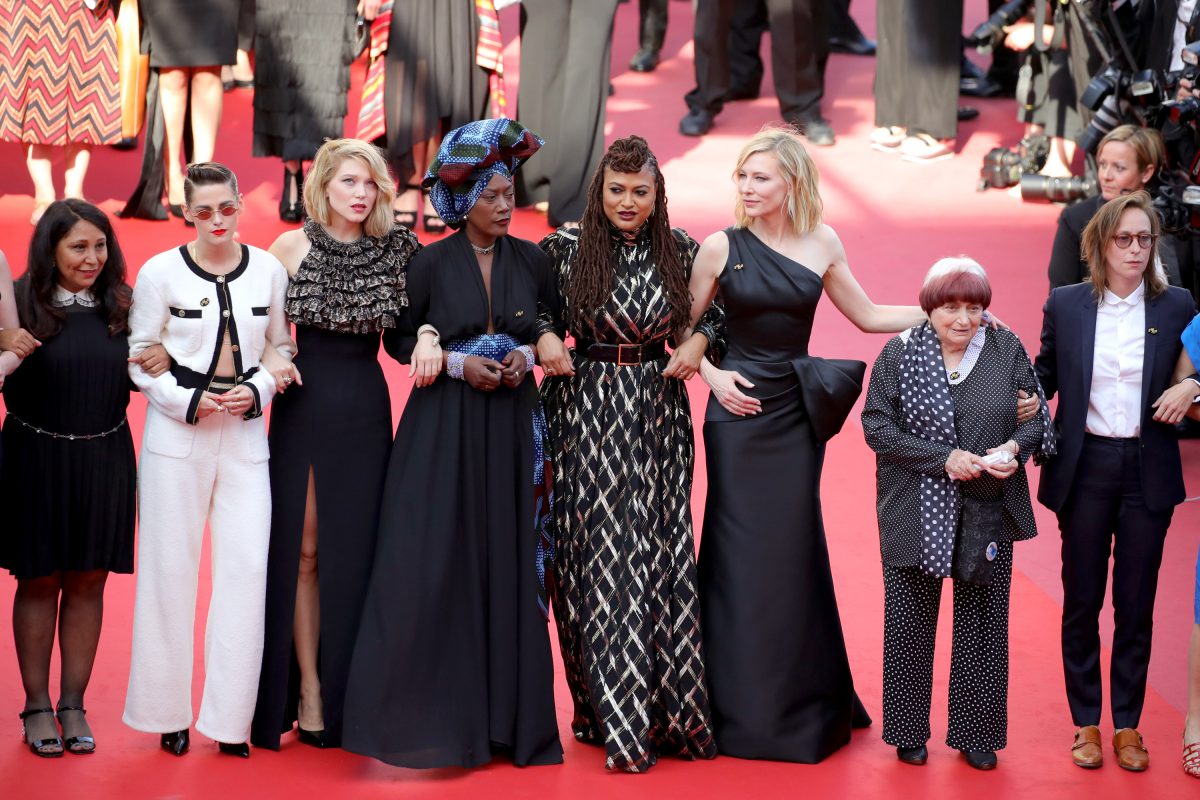 Cate Blanchett led the women of the Cannes Film Festival in a silent protest against the film industry’s treatment of women. The Oscar winner was joined by 82 women, including Kristen Stewart, Marion Cotillard, Ava DuVernay, Salma Hayek, Patty Jenkins and many more who walked together in silence, arms linked, along the red carpet before stopping halfway up the steps of the entrance to the Palais des Festivals. Once there, Blanchett (this year’s Cannes Jury President) read a collective statement that called for institutions to provide safer working conditions for women, and for governments to uphold equal pay laws. Her speech was followed by a French translation read by legendary documentary-maker Agnes Varda. Here’s the speech, which is worth reading in its entirety:

On these steps today stand 82 women representing the number of female directors
who have climbed these stairs since the frst edition of the Cannes Film Festival in 1946.
In the same period 1688 male directors have climbed these very same stairs.
In the 71 years of this world-renowned festival there have been 12 female heads of its juries.
The prestigious Palme d’or has been bestowed upon 71 male directors – too numerous
to mention by name – but only two women – Jane Campion, who is with us in spirit, and
Agnès Varda who stands with us today.
These facts are stark and undeniable.
Women are NOT a minority in the world, yet the current state of our industry says otherwise.
As women, we all face our own unique challenges, but we stand together on these stairs today
as a symbol of our determination and commitment to progress.
We are writers, producers, directors, actresses, cinematographers, talent agents, editors,
distributors, sales agents and all involved in the cinematic arts.
We stand in solidarity with women of all industries.
We WILL EXPECT our institutions to actively provide parity and transparency in their executive
bodies and safe environments in which to work.
We WILL EXPECT our governments to make sure that the laws of equal pay for equal work
are upheld.
We WILL DEMAND that our workplaces are diverse and equitable so that they can best refect
the world in which we actually live. A world that allows all of us behind and in front of the camera
to thrive shoulder to shoulder with our male colleagues.
WE ACKNOWLEDGE all of the women AND men who are standing for change.
The stairs of our industry MUST be accessible to all.
Let’s climb.

The protest was spearheaded by 5050X2020, an initiative which, as its name suggests, seeks to get to 50/50 gender representation across the entire Cannes lineup by 2020. The demonstration took place before the premiere of Eva Husson’s Girls of the Sun, one of only three films by women directors playing in this year’s competition, out of 21. If you’re doing the math, that’s a weak 14 percent for female directors, while the entire festival lineup only features 24 percent female directors.

This follows Cannes juror Jessica Chastain’s statement at the 2017 festival, where she said that she found the female character portrayals “disturbing”, saying, “I do hope that when we involve more female storytellers, that more of the women I know in my day-to-day life who have their agencies; that they don’t react to men around them, that they have their own points of views.”