Kristen Stewart Ditched Her Heels at Cannes | The Mary Sue 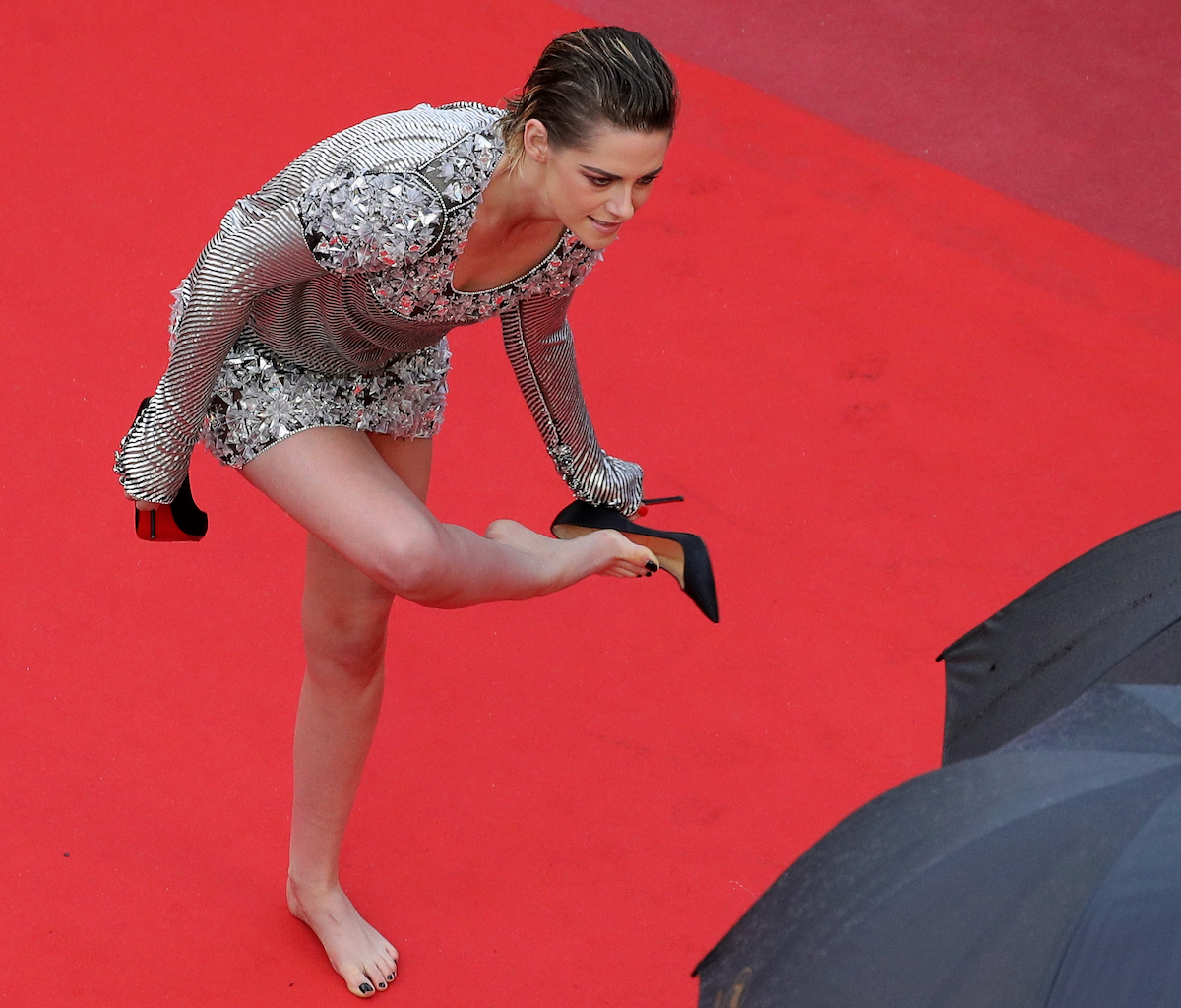 Kristen Stewart was headed to the premiere of Spike Lee’s BlacKkKlansman when she did something unprecedented for a movie star at the fancy French film festival.

Cannes is 1/2 about films and 1/2 about being seen and cutting a dashing figure on the red carpet, where photographers from around the world are gathered in droves. The festival has a strict black tie dress code that received attention for its “no flat shoes” sexist expectations for women back in 2015.

That’s when Danish producer Valeria Richter had trouble gaining entry to a screening because she was wearing—gasp!—non-high-heeled shoes. (She had also had a partial foot amputation procedure, not that this should have to factor in, but it made the situation all the more awful.) After “heel gate,” Cannes tried to explain that heels weren’t necessarily required, but the people who monitor the dress code expectations remain inconsistent, leading to continued confusion.

Actress Kristen Stewart had expressed disgruntlement with the Cannes expectations before, telling The Hollywood Reporter in 2017, “If you’re not asking guys to wear heels and a dress you can’t ask me either.”

These hazy and gender-skewed rules were likely on her mind when Stewart decided to take off her towering Christian Louboutin stilettos upon approaching the staircase that ascends from the red carpet. The amassed photographers documented the moment, and it’s a testament to how much a picture can speak a thousand words.

“If you’re not asking guys to wear heels and a dress, then you can’t ask me either.” – Kristen Stewart, via @glamourmag #AskHerMore #Cannes2018 pic.twitter.com/OCnhzggoTk

Stewart didn’t comment on her decision, she simply took off the shoes, picked them up, and proceeded on her merry way. Of course, she has the privilege of being a wealthy and well-known movie star who was unlikely to be barred entry even as she arrived barefoot. But considering the prior Cannes shoe kerfluffles, she was definitely making a statement. 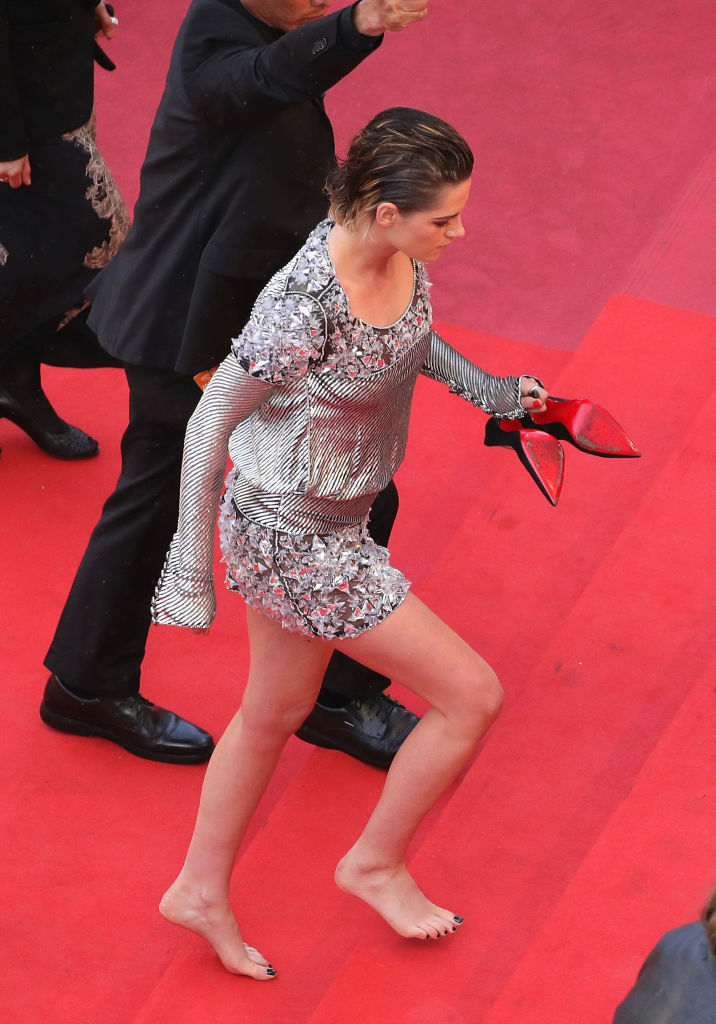 Glamour describes Stewart’s action as “a mood,” in the popular Internet parlance, and this is correct. Anyone who has worn heels will know the moment when the discomfort becomes too much, and you wonder why you’re suffering for the sake of a fashion most men will never experience (nor are they expected to).

Add in the fact that it was raining, and the move was also practical: if you haven’t tried walking in stilettos in the rain, you haven’t known what it’s like to risk serious injury for the sake of footwear. 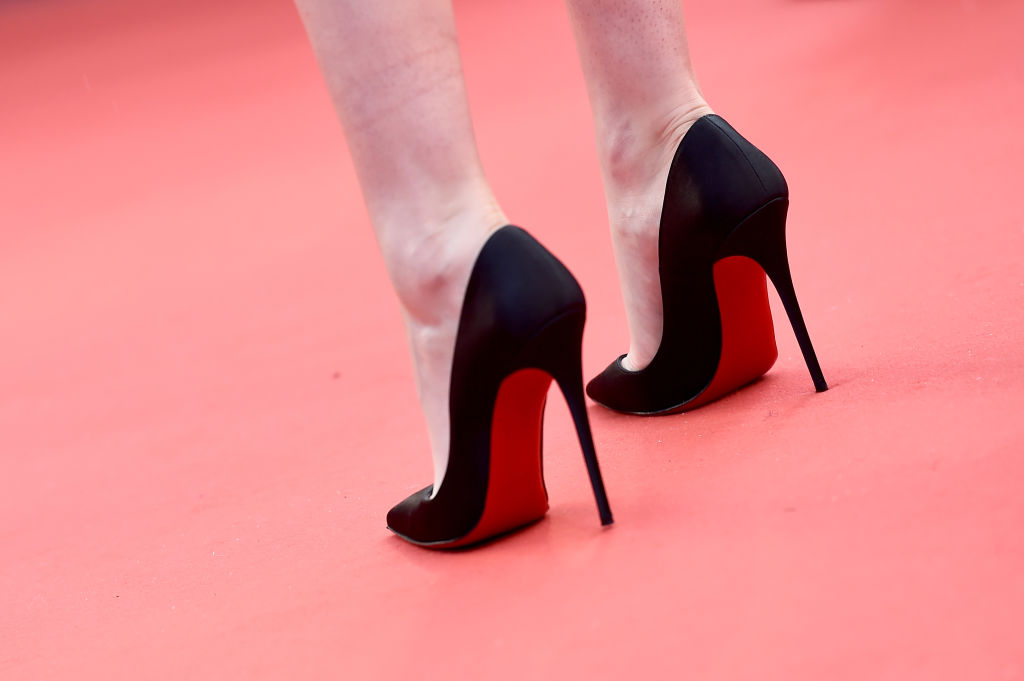 The even bigger mood that I see here is that unlike 2015, when “heel gate” received blowback but no outright defiance, 2018 is another mood in the world of women entirely.

In an era of #TimesUp, pushing back against harassment and fighting for equal pay, protests like the one Stewart took part in at Cannes alongside Ava DuVernay, Cate Blanchett, and 80 other women against gender inequality in the movie industry are gaining steam and visibility. And sometimes, if you’re a movie star, you can ensure that an act of defiance against outdated sexist expectations gets seen around the world: you perform it in front of all the world’s photographers.

Seems like this would make a pretty great scene in a movie, if you ask me. The fact that so many heads are turning at the mere sight of the barefoot Stewart means we have a long way to go, but we’re moving in the right direction. 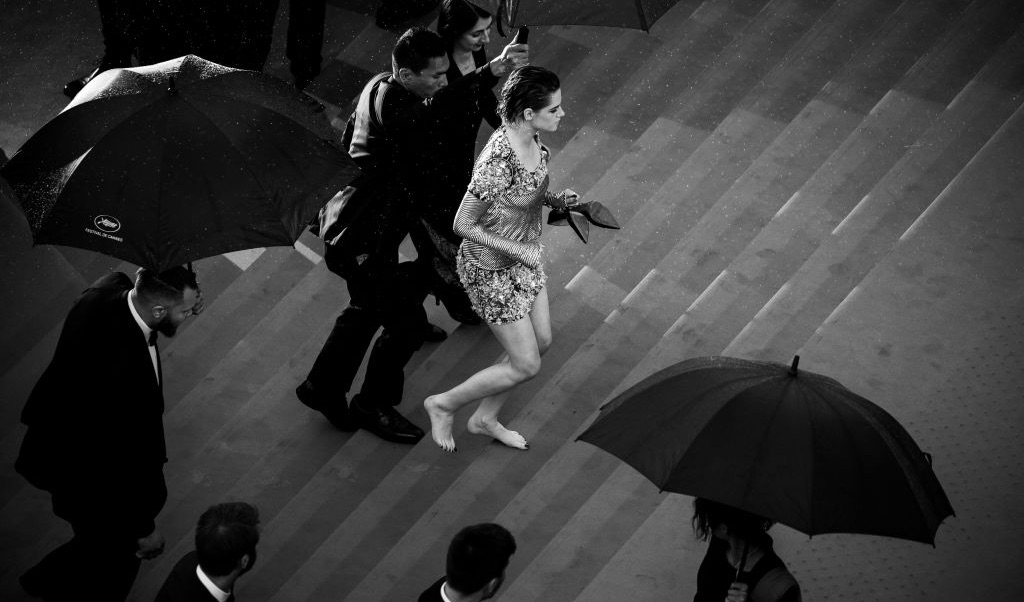