Ash Vs. Evil Dead Earns A Season 2 Renewal Before It Even Airs (on Halloween) 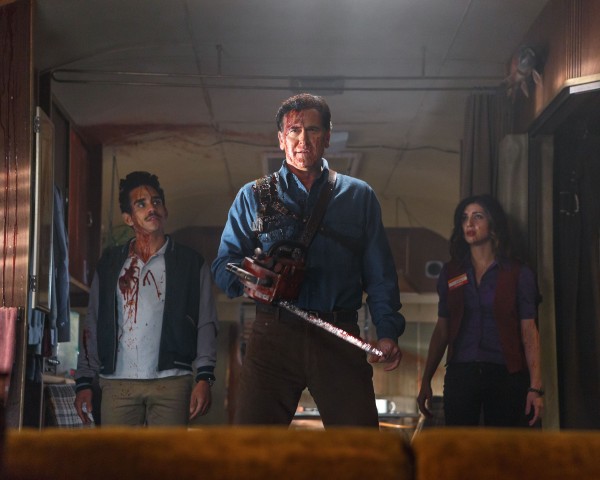 The first ten episodes of Ash Vs. Evil Dead won’t be available for mass-streaming purposes until Halloween, but the show’s already been renewed for season two, according to Deadline. Apparently, the fans’ own pre-release hype was part of what motivated the decision, according to Starz managing director Carmi Zlotnik:

One season isn’t enough to satisfy the fans’ two-decade-long appetite for more Ash. The early fan and press support, along with the international broadcaster demand for more story, have made it clear that the adventures of Ash Williams can’t end with Season 1.

In this post-streaming era, the release of a 10-episode package probably feels more like a movie premiere to marketing execs than old school TV show premieres do, and since movies get planned out decades in advance now, I guess it makes sense to plan for a streaming show’s renewal far ahead of time as well. Either we all watch all ten episodes as soon as they drop, or we don’t. Pre-release hype must be the only way to gauge whether or not the former will occur.

All I can say is, I really hope season one turns out to be good, or we’re all going to feel very silly.

(via Deadline, image via Bloody Disgusting)