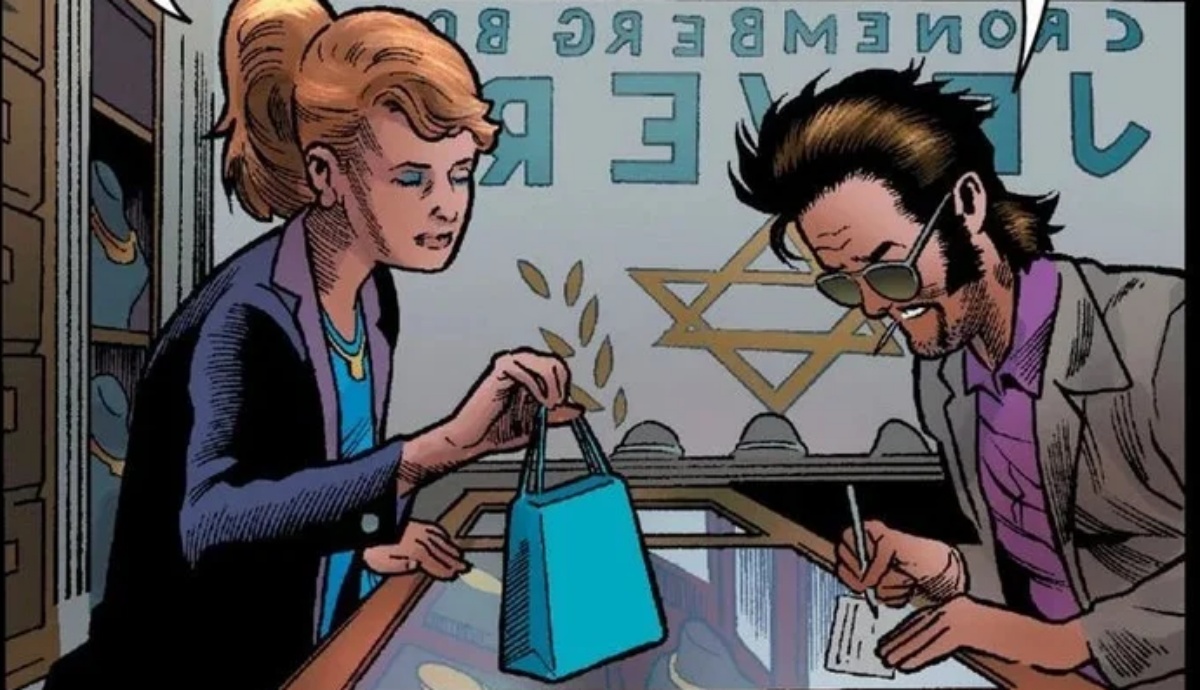 In Marvel’s Immortal Hulk #43 from writer Al Ewing and artist Joe Bennett, a panel caught the attention of many readers who thought it was anti-Semitic.

Bruce Banner is in his Grey Hulk/Joe Fixit persona, which is already a red flag because, gods, that character is weird and annoying. “Joe” is a morally ambiguous Las Vegas enforcer and deep in Banner’s subconscious or something? Sorry, #fakegeekgirl, I don’t know a lot about Grey Hulk.

As shared by io9 writer Charles Pullam-Moore, “Joe” is attempting to get back off of his tail and goes to a jewelry story to buy some expensive stuff after stealing the wallet of some rich guy. So far, I can respect that. Then we get to … the mess.

In the jewelry store due to the angling and misspelling of two different things, we get a store that is supposed to be called “Cronenberg’s Jewelry” as “Jewer.”

Bennett explained on Facebook that the panel was meant to be a nod to director David Cronenberg, since he had been putting references to famous horror director throughout the series. Because he illustrated the letters backward, he misspelling both the director’s name and “jewelry.”

Then, he addressed the fact that under this misspelled sign there was a giant Star of David that only seemed to add to the accidental stereotype.

“I have no excuse for how I depicted the Star of David,” Bennett wrote. “I failed to understand this troubling and offensive stereotype, and after listening to you all, I now understand my mistake.”

Finally the artist ended his statement with: “This was wrong, offensive, and hurtful in many ways. This is a mistake I must own, and I am sorry to everyone who I hurt by this. I am working with Marvel to correct this, and I am using this lesson to reflect on how I approach my stories and my work.”

Regardless of whether this was done out of ignorance or malice, and even without the misspelling, putting that Star of David on a jewelry store is a stereotype—a stereotype that you’d think someone in the Marvel editing staff would have looked at maybe at least twice before sending it out to publish.

Just because it was not malicious doesn’t mean it isn’t reinforcing stereotypes that have long taken root in these fandoms. The image Bennett created is a visual shorthand for a lot of other problematic things. Bennett, being Brazilian (Benedito José Nascimento), may not have known this, but someone else absolutely should have seen that. It is an oversight that is especially problematic since we live in a time where anti-Semitic thought is still given new life by conspiracy theories.

Intent matters, but we should never forget that we spent most of the 2010s telling everyone that racism, anti-Semitism, and Nazis would never come back into the mainstream. Well, look at us now.