What Will Happen To This White Room When Kids With Colorful Stickers Arrive? 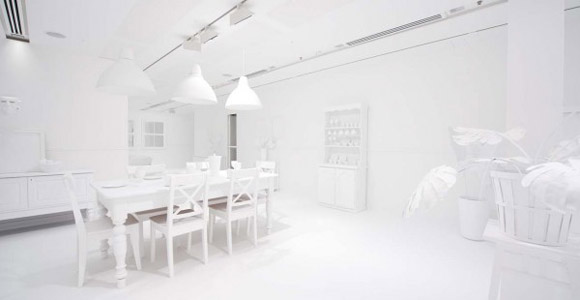 Kids with paint, markers, stickers or just about anything else that can leave a mark are dangerous in most rooms but not…The Obliteration Room. Sounds like a death trap set up by a supervillain but no, this is an art installation created by Yayoi Kusama in Australia. Hit the jump for photographic evidence of what this blank slate looked like once a few thousand kids got to put stickers anywhere they wanted.

According to Colossal, the unique installation at the Queensland Gallery of Modern Art (which is a reworking of a similar one she did in 2002), began in December and will run through March 12 as part of the Look Now, See Forever exhibit. The artist “constructed a large domestic environment, painting every wall, chair, table, piano, and household decoration a brilliant white, effectively serving as a giant white canvas. Over the course of two weeks, the museum’s smallest visitors were given thousands upon thousands of colored dot stickers and were invited to collaborate in the transformation of the space, turning the house into a vibrantly mottled explosion of color.” Greatest idea ever or greatest idea ever?

I present to you, The Obliteration Room. 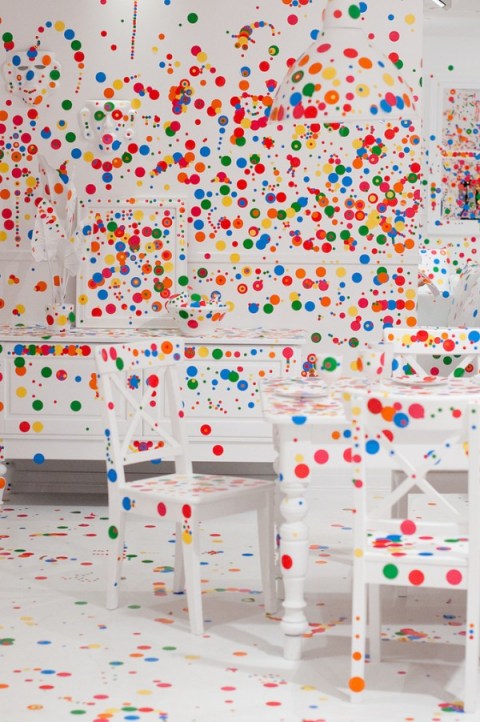