Arrested Development Has An Official Release Date | The Mary Sue

Really This Time. Arrested Development Has An Official Release Date. 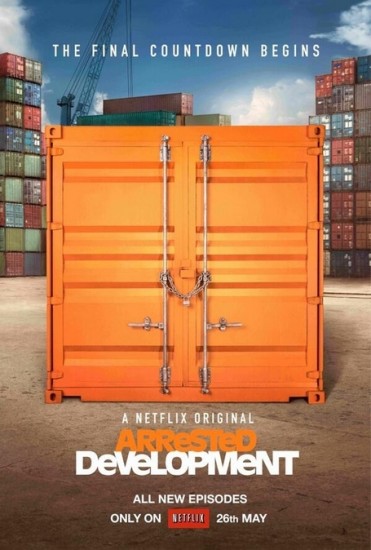 Much like the Bluth Family, Netflix’s Arrested Development season had a few hiccups along the way. But now it looks like we can say with real certainty the premiere will be May 26th. But wait! There’s more good news!

The long-awaited new season had been pushed back a few times but it evened out because they decided to give us more episodes than originally planned. And that’s happening again.

Previously, the premiere was set for May 4th but with the new date comes another bonus episode! Yup, 15 episodes in total. The Hollywood Reporter has a few words from those involved:

“Arrested Development is now widely viewed as one of the top TV comedies of all time, and Mitch Hurwitz is bringing it to Netflix in a brand new way, crafted for the on-demand generation that has come to discover the show in the years since it last appeared on TV,” said Netflix’s chief content officer Ted Sarandos of the show, which made up for in critical praise what it lacked in ratings during its three-season run on Fox.

Added Hurwitz: “Ted said that? Wow. Well don’t print this, obviously, but he’s going to be immensely disappointed. In truth, we are doing something very ambitious that can only be done with Netflix as partners and on their platform. Finally, my simple wish for the show is coming true: that it be broadcast every second around the clock to every television, computer or mobile device in existence.”

Sounds good to me.

Star Jason Bateman recently told Empire, “I don’t know how Mitchell Hurwitz wrote it, shot it or scheduled it, I don’t know how he’s editing it but it’ll be amazing. I think. And it’s only the first third of a three part story; the second two parts will be in the movie. So this is the first act, and the movie is act two and three. They’re all just asking questions that the movie itself will answer.” However, that film is still not confirmed.