Top TV Shows According to the Internet | The Mary Sue

The Top TV Shows According to the Internet 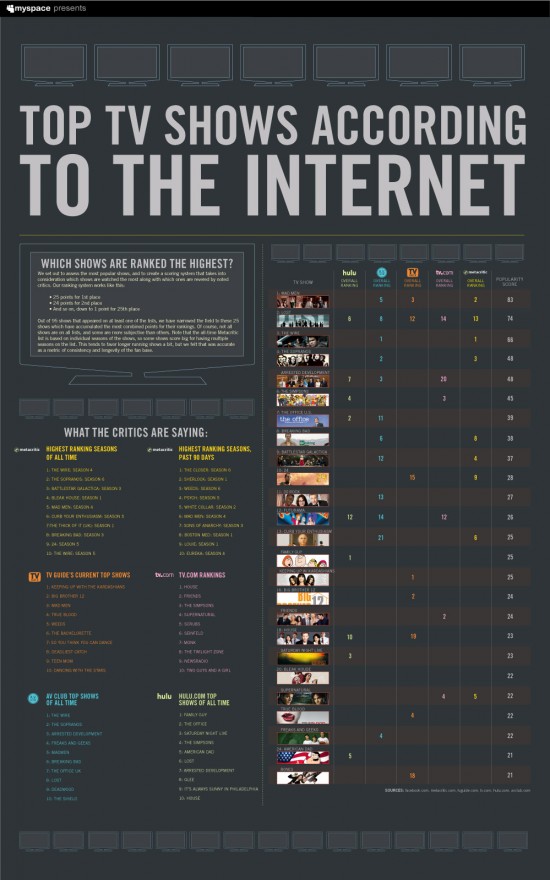 The most-beloved TV shows on the Internet comprise a very different list from the most popular shows on television. And that’s probably a good thing: Mad Men, The Wire, and Arrested Development all break the top five, despite less-than-stellar ratings. But where are Firefly and Freaks and Geeks?

The biggest problem with this list is that it’s based too heavily on critics’ ratings and not enough on the true yearnings of the Internet oversoul: Why does TVGuide.com get a seat at the table when Twitter buzz and Reddit yammerings don’t? Still, decent fodder for conversation/argument.

(MySpace via I Love Charts via Urlesque’s Tumblr)