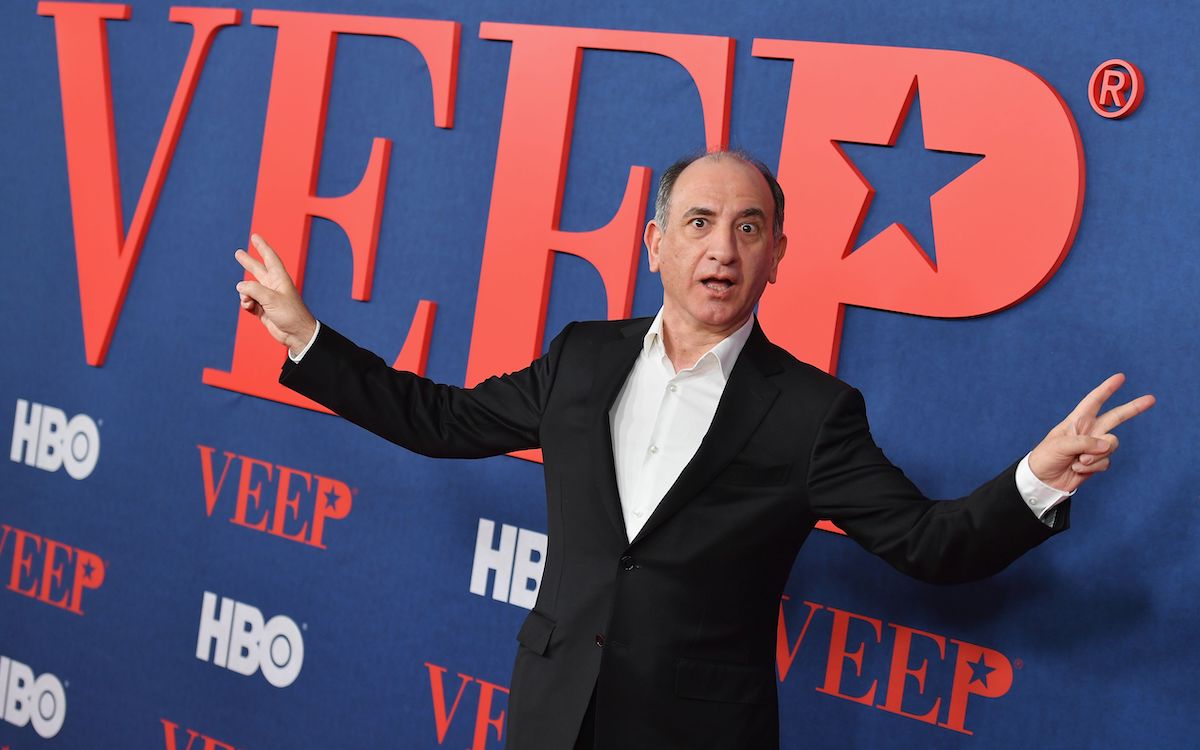 Just over a year ago, Armando Iannucci–the creator of Veep and In the Loop–tweeted out a probably half-joking “film pitch” about an idea for a Trump-based project.

Film pitch.. Trump drugged and moved to a replica Whitehouse, where he carries on thinking he’s governing. Millions spent on hiring actors to play his staff, Senators, news anchors, people at rallies.
There you go. Studios, your highest bid please.

“Trump drugged and moved to a replica Whitehouse,” it reads, “where he carries on thinking he’s governing. Millions spent on hiring actors to play his staff, Senators, news anchors, people at rallies.” At the time, I described it as “a sort of reverse-Dave meets Wag the Dog meets The Truman Show,” and honestly, I still really want that movie.

I wasn’t alone (obviously), as it turns out Iannucci’s tweet, which he ended with “Studios, your highest bid please,” received twelve viable offers from studios.

That’s not exactly surprising. The appeal of the project is obvious since, as one Twitter user wrote, “That’s not a film plot. That’s a solution.”

At Digital UK’s recent Outside The Box event, Iannucci said that the extreme reaction to his tweet highlighted something “subversive and unpredictable” in our culture.

“The fact you can tweet something and within 24 hours people can be making these quite strategically momentous decisions about what their studios are going to make actually slightly scared me,” he said, according to Deadline.

It’s true that Twitter has come to play a weirdly influential force in the entertainment industry. During the Writers’ Guild’s recent battle with Hollywood agencies, a number of high profile showrunners turned to Twitter to help staff their writers’ rooms. And we’ve seen the platform play a huge role in saving a number of beloved shows from cancellation. But for someone who built a career totally separate from the site’s power, I get why it might be scary.

But the big reason why Iannucci didn’t want to take any of those offers is simple and also entirely too relatable: “I just didn’t want to spend a year with Donald Trump,” he said.

Honestly, same. I love the idea of this project but I can’t handle the man’s voice, face, or general presence–even when it’s just an impersonation. I heard interesting things about Anthony Atamanuik’s The President Show but I just couldn’t stomach it. The Slate podcast “Trumpcast” has an actor read Trump’s tweets in his voice and it makes me physically ill to hear. Iannucci’s idea is great because it’s what I want for our actual reality but I’m not sure I could spend two hours with a realistic Trump character. I definitely understand not wanting to spend a year of your life on a project like that.

Iannucci had another reason for not wanting to invest in the project: that he’s just beyond satirization.

“The problem I have with Donald Trump is that satire or comedy is about exaggeration, distortion,” he said. “But that’s what Donald Trump does. When he talked about finding [Abu Bakr] al-Baghdadi … it was like this jazz riff on nothing. He is providing his own entertainment, he’s obsessed with ratings. That’s what he is, a salesman. He’s a self-basing satirist. He is parodying himself.”

How do you parody parody? Iannucci points out that “the comedians who have had the most [joy] on addressing somebody like Trump are the ones who have become kind of like journalists, like John Oliver.”

“They have a team of researchers who go through the archives,” he continued, “so instead of making jokes about Trump, they… feel like they have to provide some kind of argument, some kind of essay behind it. It’s almost like Trump is the comedian and the comedians have become the journalists.”

He is absolutely right because this whole timeline is too bizarre to be real. And at least we have multiple other upcoming Iannucci projects to content ourselves with, including Dev Patel as David Copperfield and Hugh Laurie in space. So we’ll be fine.

(via Deadline, image: ANGELA WEISS/AFP via Getty Images)
Want more stories like this? Become a subscriber and support the site!