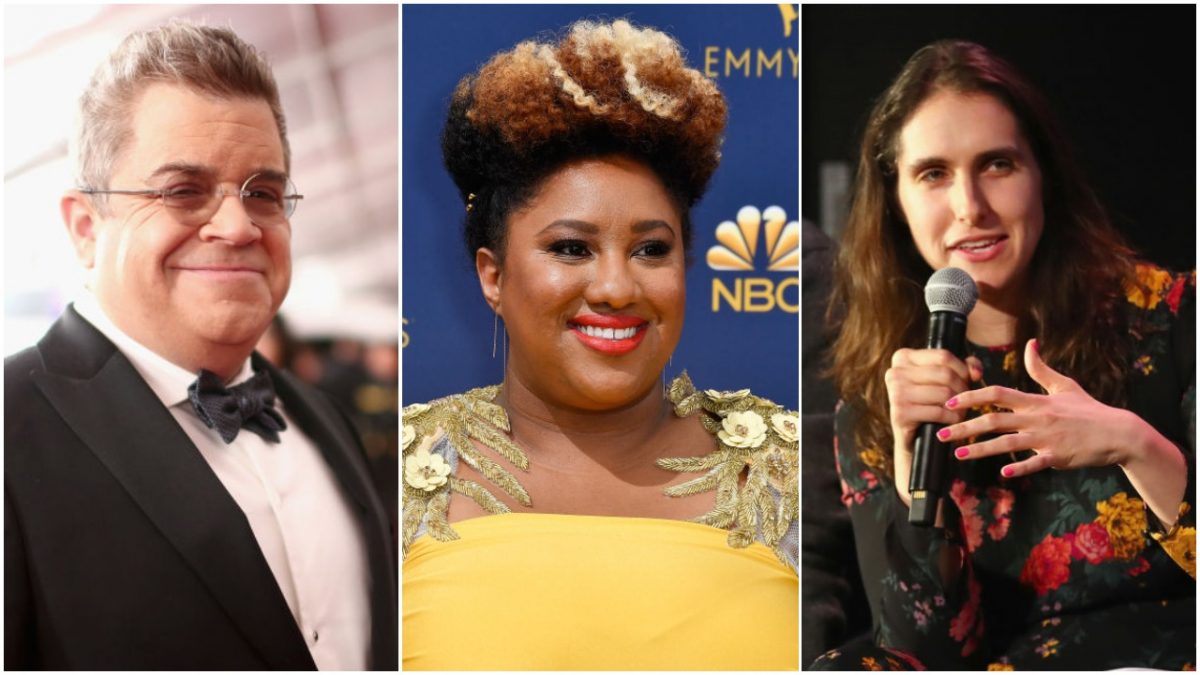 If you were hanging out online around midnight Pacific time on Friday night, you might have noticed a rash of high-profile screenwriters all announcing that they’d fired their agents. The Writers Guild of America and the Association of Talent Agents have been struggling to renegotiate an existing agreement between the two groups (the Artists Managers Basic Agreement) that hasn’t been updated since 1976. Last April, the WGA told the ATA they wanted to renegotiate that 43-year-old contract and set a deadline to do so. One year later, the WGA proved it wasn’t bluffing.

I have an amazing agency that represents me. But I have an even better guild which stands for me. #IStandWithTheWGA pic.twitter.com/LfIjjM7Sov

Oh hey. Patton Oswalt and I are at the same agency. I mean, *were*. Solidarity to my former UTA brethren. And sistren. #IStandWithTheWGA https://t.co/6uPLgDSyye

My agents signed me in 1999… When no one else believed in me, they did. For that, I will be forever grateful. Twenty years later, the business has radically transformed… as such, it is time to remember and reinstate the principle upon which “representation” is based. My agents have become my friends… I am relying on that friendship to persevere as we all move through a trying period of transition. As brutal as it is to send this letter, I UNEQUIVOCALLY stand with my sisters and brothers and my union. Only through collective action can we restore balance. #IStandWithTheWGA

I didn’t want to fire my agents. I REALLY like them. Plus, I need a job a month from now and I’m not sure having the phrase “Twitter do your thing” be my agent is gonna work. But I am pro-union, pro-labor, and pro workers getting a piece of the pie they make so #IStandWithTheWGA pic.twitter.com/XadUryPxNI

I’m one of those weirdos that really likes his agent, but I went ahead and did this anyway, because fair is fair. #IStandWithTheWGA pic.twitter.com/5c9l0tbmHz

I was not “forced to fire” my agents.

I did not “walk away” from my agents.

My agents chose to cling to a conflict of interest rather than represent me fairly, and now they’ve got one less writer client to worry about.#IStandWithTheWGA#ClientsOverConflicts pic.twitter.com/9Jmp0Ik5EB

I like my agents, but I fucking hate the argument that a fundamentally corrupt system can’t change just because “this is the way it’s always been done.” #IStandWiththeWGA #ClientsOverConflicts pic.twitter.com/wum1IYbDjc

Indiewire has a great breakdown of what the WGA has been asking for, but essentially, the AMBA regulates the terms of how agents represent writers, including their ability to take upwards of 10% of their earnings. But since that agreement was written, the relationship between writers and agents has changed. The big agencies don’t just work to get writers a job; they deal in “packaging.” They’ll bundle together writers, actors, directors, etc. on one project and sell them to a studio as a creative package. Not only does it mean that the agent is going to get as many ten percents as possible, but they’ve also introduced packaging fees that can earn an agency millions of dollars from a hit TV show.

Many writers are pissed because that means agents are likely to be more interested in negotiating higher packaging fees than a better salary for their clients. A project could even be held up or it could fall through entirely over an agent’s demands not for their clients, but for themselves. Writers’ salaries have also reportedly stagnated over the last four years while agencies’ profits have grown wildly.

Apparently, the best the ATA offered to writers was a mere 1% of packaging fees–a pretty insulting offer. So after 43 years, the AMBA lapsed at midnight Friday/Saturday morning, and has now been replaced with a WGA code of conduct, which agents must sign in order to do business with a WGA writer.

The television industry is currently going into staffing season, so it’s not clear exactly how shows are going to find their writing staffs. This is different from past writers’ strikes since the writers are still working, they’ve just lost their middlemen (who oftentimes don’t even find writers work, but only negotiate salary after a job has been offered between writers). But there’s already an existing service that might be able to connect showrunners with up and coming writers: Twitter.

As a DGA member, #IStandWithTheWGA. I would also like to ask show runners to look far and wide as they staff this year. There’s a lot of writers we all love on Twitter that you may not have worked with before, but they deserve a chance to get into the mix.

Scribes! If you’re a writer looking to staff this season, I want to help you out. Reply with a few sentences about what kind of writer you are & why showrunners should give you a shot, and I’ll give you a #WGAStaffingBoost.

Please reach out through Twitter or email or anything if you’re staffing/there’s anything I can do. I don’t have a ton of power but the little I do have I want to use to help other writers and my guild. This only works if we all stand together.

There’s a whole lot about Twitter that’s total garbage, but if it ends up replacing the Ari Golds of the world, it might all have been worth it.