Even Arlington National Cemetery Has a Smartphone App Now, Somehow Not Related to Halloween 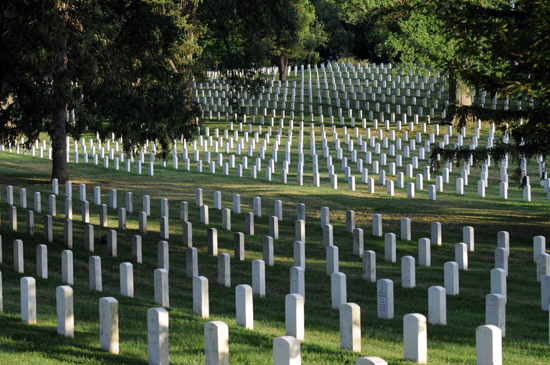 As it turns out, being the most technologically advanced national cemetery is something that national cemeteries apparently aspire to. That’s what Arlington National Cemetery would have us believe, anyway, and that they’re definitely top dog when it comes down to it. Part of this advancement includes the release of a smartphone app to help visitors track down specific graves. It even includes pictures of each and every headstone. Welcome to the future of the dead.

The app’s entire reason for existence traces back to Arlington’s attempt at accountability, which saw the cemetery review and analyze 150 years worth of records for the first time. This included having the United States Army photograph 259,978 graves and markers in order to construct a database of those buried within for cross-reference.  This meant that, after the effort was completed, Arlington had in their hands a massive, and accurate, listing of every grave on their grounds with the added bonus of being linked to their digital mapping system.

This confluence of events meant that they had everything at their fingertips, ready to be implemented, and all they needed to do was make it a reality. The app, called ANC Explorer, was almost a no-brainer. “ANC Explorer is another milestone in our transformation,” said Kathryn Condon, executive director of the Army National Military Cemeteries. “There isn’t a national cemetery that is as technologically advanced as Arlington – both in day-to-day operations and how it connects to its families and visitors.”

ANC Explorer is available via Arlington’s website, the App Store, or the Google Play store. Pretty much anyone can track down neat graves with ease.