Arkansas Wants Your Rapist's Opinion on Your Abortion | The Mary Sue 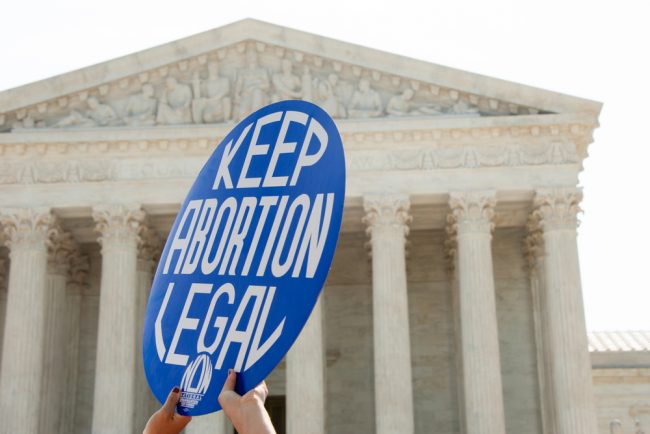 According to Arkansas bill H.B. 1566, known as the Tissue Disposal Mandate, it is now functionally illegal for a woman to have an abortion without informing the person who impregnated her. It doesn’t matter who that person is – a rapist, a husband, someone barely involved in her life. Their right to determine how the fetal tissue will be disposed of is absolute. The woman’s right to her body? Not so much.

As the ACLU and Center for Reproductive Rights explained in their joint lawsuit against the bill, this means that “under the guise of embryonic or fetal tissue requirements, [these laws would] require notification of the woman’s partner or other family members and effectively allow them to block her abortion.”

This is because the person who impregnated her would be allowed to take her to court over the method of fetal tissue disposal. With H.B. 1566, Arkansas has rewritten their abortion law to insist that fetal remains are disposed of according to the Arkansas Final Disposition Rights Act of 2009. This act states that both parents have an equal right to decide how their child’s remains are handled.

To protect themselves, a doctor providing an abortion would need to know whether their disposal method was legally approved before the abortion took place. If someone didn’t want their partner to get an abortion, they could simply take them to court over the disposal of remains. A court dispute would create delays in scheduling and carrying out the abortion. “If a woman was obligated to go to court,” explained Bustle, “she could be pushed past the point where she is legally allowed to have an abortion in the state. In Arkansas, abortions are banned after 22 weeks.”

The bill’s primary sponsor, Republican Representative Kim Hammer, tried to justify himself to Bustle. “He was there at conception so he ought to be there through the whole process,” he told them. “I think that all life, from conception through birth and right up through death by natural causes, needs to be treated with dignity, respect, and also a unified approach to deal with the remains.”

(Women and pregnant people are, as always, not entitled to this dignity and respect.)

This bill, along with a number of other draconian requirements, is set to go into effect on July 30, 2017, but the ACLU has sought injunctive relief in their lawsuit. This relief, if granted, would prevent the bill from going into effect until it can be reviewed.

Everything about this is disgusting, from the faux-morality of “caring” about the disposal of the fetal remains to the disregard for the pregnant person to the invasiveness of every aspect of this law. Hammer could have written in exceptions to the rule, preventing someone from intervening if they were guilty of rape or incest in creating the fetus, but he didn’t. Most anti-abortion activists at least put up a front and pretend that their bills aren’t about punishing women as a class; “We just want to punish the slutty ones! Consequences!” is the pathetic party line. Hammer’s bill, though, is breathtakingly honest. It’s built for one reason: to let all women, and all people with a womb, know that their bodies are not their own. It’s a monstrosity.

Relatedly…have you donated to the ACLU or Center for Reproductive Rights lately?

(Via Bustle and Romper; image via Shutterstock)