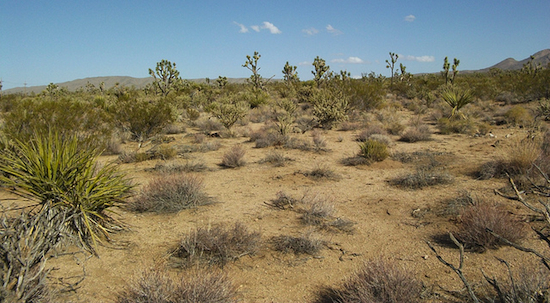 Oscar the Grouch may want to consider leaving his smelly trashcan hovel on Sesame Street behind in favor of the arid landscape of Arizona’s Saguaro National Park. A recent study conducted by the University of Arizona and biologist Erin Zylstra shows that windswept trash — consisting mostly of plastic bags and latex balloons — has ended up in the desert. Even more alarming is that the amount of trash in the area actually outnumbers the population of indigenous desert tortoises and western diamondback rattlesnakes, with the very life of these little critters on the line.

Zylstra took this study to two protected areas of Saguaro National Park, situated on opposite sides of the city of Tuscon. She noted that the airborne trash was carried by seasonal winds, eventually ending up caught and tangled among the rocky surfaces of the region.

Despite the fact that these items of trash can indeed decompose over time, their potentially lethal chemical compositions can prove deadly to desert wildlife. For example, plastic bags break down when exposed to sunlight and will continue to do so into even smaller pieces. However, since many of these bags are chemically man-made, they may contaminate the soil or, even worse, the minimal number of watering holes so many desert animals depend on.

The toxicity of the plastic bags is educated conjecture on Zylstra’s part since it’s impossible to account for each and every bag that ends up in the desert, but that doesn’t mean a possible threat to the environment should be ruled out entirely. As for the balloons, Zylstra says their latex composition is degradable, but the exact length of time it takes for them to do so in a desert environment is indeterminate.

The entirety of this study will appear  in the February 2013 issue of Journal of Arid Environments.