Author Ari Behn, Who Accused Kevin Spacey of Sexual Assault, Has Died at 47 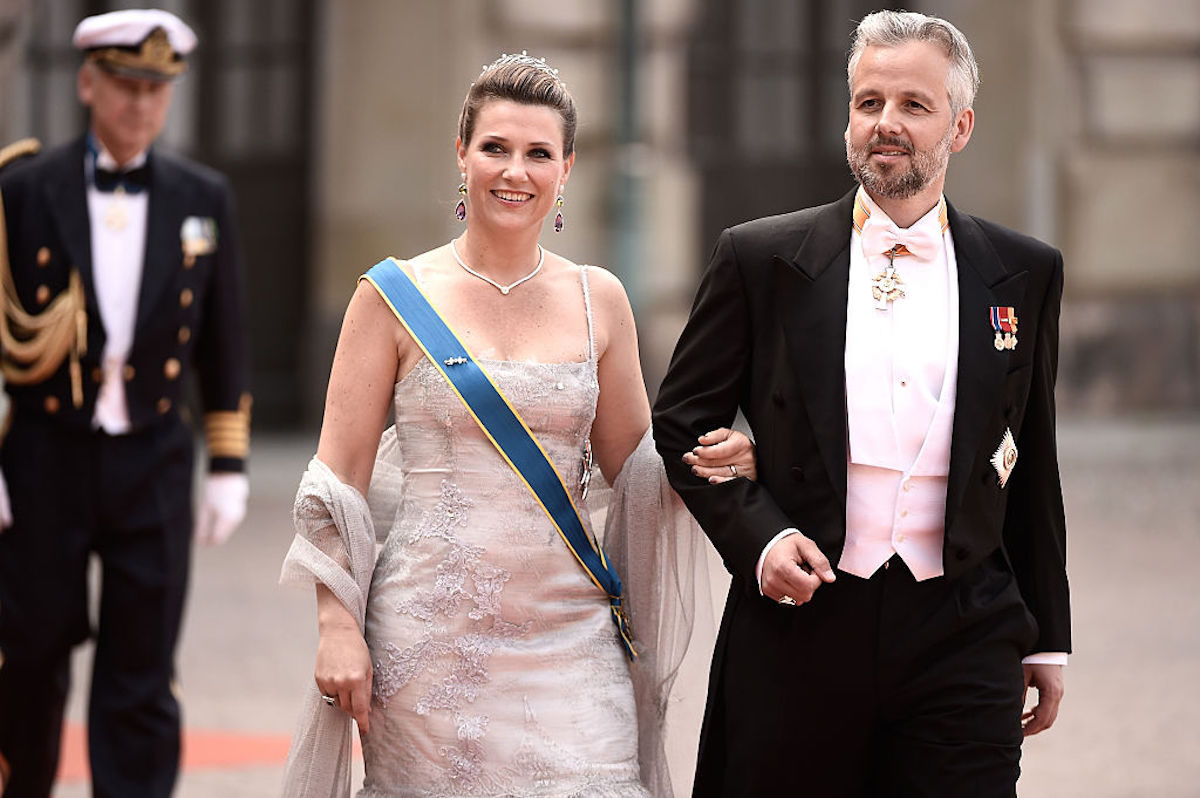 Ari Behn, an author who was once married to Princess Martha-Louise of Norway, has died by apparent suicide. In 2017, Behn publically accused actor Kevin Spacey of assault. Behn is the third person to die this year connected with Spacey, who has faced dozens of accusations of sexual assault.

Behn’s manager Geir Håkonsund announced the news of Behn’s death on Wednesday, according to Vulture: “It’s with great sorrow in our hearts that we, those closest to Ari Behn, must report that he took his own life today.” Behn, who had three young daughters from his marriage to Princess Martha-Louise, was 47.

During the initial rise of the #MeToo movement, several people came forward to openly accuse Spacey of sexual assault. A prominent voice was Star Trek actor Anthony Rapp, who accused Spacey of inappropriate behavior when Rapp was 14; in response, Spacey apologized and came out as gay, apparently in an attempt to deflect the reports. Whispers about Spacey’s allegedly abusive behavior had been around for decades, but they finally became shouts impossible to ignore.

Behn spoke of his own alleged run-in with Spacey in 2017:

In 2017, [Behn] accused House of Cards actor Kevin Spacey of groping him at a Nobel Peace Prize concert in 2007. “We had a great talk, he sat right beside me,” Behn told the radio station P4 at the time. “After five minutes he said, ‘Hey, let’s go out and have a cigarette’. Then he puts his hand under the table and grabs me by the balls.”

Behn’s passing is sad news on its own, but social media lit up last night with people pointing out that he is the third person connected with Spacey accusations to die in 2019.

Everybody up to date on the fact that two of Kevin Spacey’s Accusers have now died mysteriously?

In September, an unnamed massage therapist who was at the center of an ongoing lawsuit with Spacey died, with no further information released to the public. That man alleged he had been “forced to grab the actor’s genitals twice during a massage.” According to The Hollywood Reporter, the lawsuit, prior to the man’s death,

represented the most significant legal situation for Spacey, who has been accused of sexually improper conduct against multiple individuals. In this case, as detailed in joint report filed in August, the plaintiff’s lawyers represented to the court two other alleged masseur victims of Spacey expressing “concern for their safety and/or do not want their names revealed publicly in the media.”

And in May, a woman in Massachusetts, Linda Culkin, 59, who had accused Spacey of sexual harassment was struck and killed by a car. Culkin had a troubled history, as Pop Culture points out:

Culkin was a nursing assistant who was reportedly obsessed with Spacey and had threatened to kill the actor, according to prosecutors. She sent bomb threats to two of Spacey’s workplaces and also sent threats to his coworkers and associates. Radar claims that her threats to Spacey and his team began after one of Culkin’s patients told her about allegedly being attacked by Spacey.

Just the day before Behn’s suicide, Spacey continued his bizarre holiday tradition of releasing a creepy “fireside video,” in which he said he wanted to see “more good in the world.” A man who has received dozens of accusations of sexual harassment and assault told watchers, “The next time someone does something you don’t like, you can go on the attack. But you can also hold your fire and do the unexpected. You can kill them with kindness.”

Of course, there are social media conspiracy theories aplenty that Spacey, once powerful enough to keep accusations from surfacing and worth an estimated $100 million+, is arranging for his accusers to meet untimely ends like something his character Keyser Soze would do in The Usual Suspects, or his character Frank Underwood would undertake in House of Cards.

The reality here is likely far more mundane, but no less tragic. While the widespread myth that there’s a huge spike in suicide around Christmastime has been disproven, there’s no doubt that this can be a trying time of year for many. It’s also important to consider that the experience of being sexually assaulted can have serious mental health repercussions, not to mention the kind of negative attention that can come with accusing a well-known person of misconduct. But the instant meme-fication and conspiracy theory ramp-up is unsurprising in the year 2019, the year of “Jeffrey Epstein’s didn’t kill himself” and a general feeling of “the elite” buying their way out of repercussions for their actions.

Also before this turns into a “conspiracy theorist” thing: Ari Behn said Kevin Spacey sexually assaulted him. Even if Spacey didn’t kill Ari, surviving sexual assault is bound to take a toll on someone’s mental health. Even if this is all a coincidence, fuck Kevin Spacey.

On Twitter, there are also a lot of “jokes” about the number of deaths with names connected to Spacey’s, which is truly unfortunate. Because the things Spacey has been accused of are monstrous, and we would do well to keep that in mind.

Guys, I really, really, really don’t want us to turn him into a joke. Kevin Spacey is not a joke. I keep saying this because it keeps needing to be said. Please actually READ the stories of the people he assaulted. They are terrifying. https://t.co/vrqDNfaSqI