April Fool’s Roundup: Mars Attacks! Play Is Not Real, Nor Is This Unicorn Recipe

Mars Attacks! psych-out aside, io9 has covered the more timely — and, therefore, better — April Fool’s Day joke. British Library’s Medieval and Earlier Manuscripts Blog posted a new “find” for their collection that is both fantastical and upsetting, so it’s a good thing it isn’t real: a lost recipe for roasting unicorns. 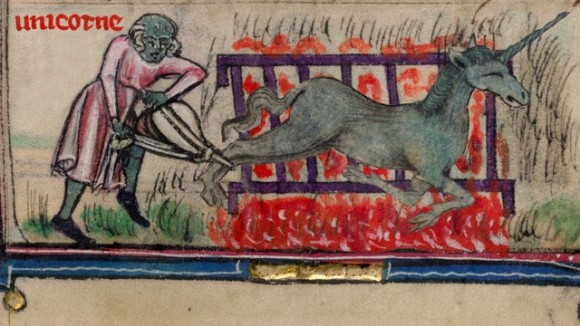 Experts believe that the cookbook was compiled by Geoffrey Fule [Ed. note: See what they did there?], who worked in the kitchens of Philippa of Hainault, Queen of England (1328-1369). Geoffrey had a reputation for blending unusual flavours – one scholar has called him “the Heston Blumenthal of his day” – and everything points to his hand being behind the compilation.

The imaginary but delightful-sounding book contains recipes for herring, tripe, codswallop (which is real, and is a fish stew), hedgehogs, blackbirds, and unicorns. The “unicorne” recipe calls for a marinade of garlic and cloves and then a trip to the griddle for the mythically delicious creature. Here are two more illustrations: 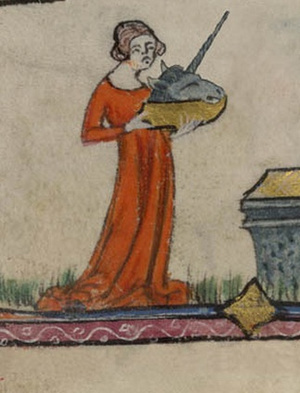 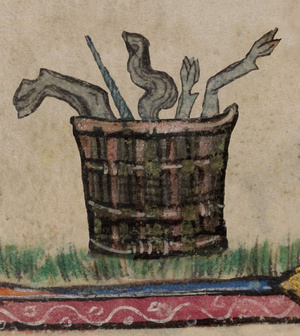 Look, am I just upset that I fell for an April Fool’s Day prank? Of course I am. Especially because, honestly, I’d totally come around to the idea of a Mars Attacks! stage musical. And now I’m not only humbled, but sad. But also, you can’t do an April Fool’s Day joke two days before April Fool’s Day. That’s cheating. And that’s why the unicorn recipe was the superior prank.