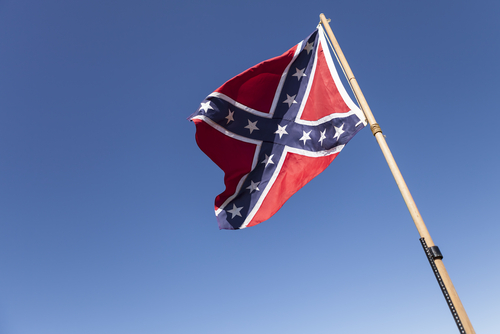 According to the Jackson Free Press, the request for celebration and recognition of the month came from the Sons of Confederate Veterans (SCV), who “push revisionist history about the Civil War and the reasons the Confederacy was formed.” The latter is evident given the way in which they “stand in strong denial of the reasons the Confederates themselves said they seceded, joined the Confederacy and started the war—to maintain slavery, extend it to new states and force the return of fugitive slaves who had made their way to free states.”

Governor Bryant makes a token nod to the controversial (at best) discussions around historical revisionists attempting to redefine the reasons behind the Civil War. In his proclamation, he wrote:

“… it is important for all Americans to reflect Upon our nation’s past, to insight from our mistakes and successes, and to come to a full understanding that the lessons learned yesterday and today will carry us through tomorrow if we carefully and earnestly strive to understand and appreciate our heritage and our opportunities which lie before us.”

It’s hard to tell how much he really means what he writes with regards to “lessons learned,” especially given that he must be aware of the SCV’s revisionist practices. He’s partially right–it is important for all Americans to reflect upon our nation’s past.

But to say that celebrating and remembering the people who fought to protect the practice slavery and the treatment of human beings as items is not a reflection or a lesson, it’s a reinforcement and restatement of their beliefs. It’s giving them recognition for all the wrong reasons, and works in direct opposition to any of the kind of “learning” or “understanding” Bryant calls for in his proclamation.

It’s also interesting to note that many of these same states officially celebrate Robert E. Lee day on Martin Luther King, Jr. Day. According to State Senator John Horhn (D-Jackson), the two holidays were merged as a “cost saving measure.” What’s unclear is how tainting the memory of someone like MLK with the memory of a Confederate leader saves any kind of money.

(via Jezebel, image via Shutterstock/Neil Lockhart)