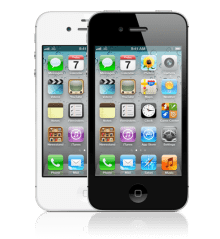 Like most reports, iMore is citing “sources who have proven accurate in the past,” so one can only take these reports with a grain of salt. iMore notes that, last week, blog App4Phone reported the September 21 release date, citing Chinese manufacturing sources. Last year, the iPhone 4S released on October 17, so a September 21 release date for the next iPhone would have it release less than one year after the 4S. Some may consider that a bit soon. iMore is also reporting that iOS 6, the next operating system for Apple’s phone, will make its final pre-release appearance at the rumored September 12 conference, releasing “sometime around” one week later on September 19.

There aren’t too many reports on iPhone 5 specs, but one popular rumor states that Apple will be abandoning its somewhat archaic large dock connector for something smaller. As for the iPad, iMore is “still hearing” that the supposed new iPad Mini will be pretty much the same as the current iPad, just sized down to a 7-something inches instead of the current 9.7 inches.

Though one may feel an 11-month cycle since the last iPhone release may be a bit too soon, remember, a lot of people were disappointed when Apple announced an iPhone 4S rather than an iPhone 5, leaving some people to wait until a more radical upgrade. Apple would be aware of this, and wouldn’t want hungry customers to wait until the point where they become too hungry and satiate that hunger elsewhere.

Of course, these are all rumors cited from anonymous sources, so the only way to truly confirm them is to wait and see if they prove true when the time comes. Not exactly fun, but effective.