iPad Rumor of the Day: Smaller 5- and 7-Inch Models Coming Next Year 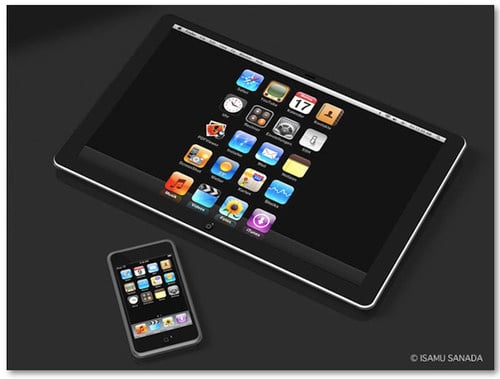 We know you’re not sick of news from the iPad rumor mill. According to Taiwanese paper Digitimes, Apple is apparently planning to release a 5- to 7-inch iPad designed for consumers who don’t want the full experience of the iPad early next year. The same iPad that was released just last weekend. Quick on their feet, aren’t they? Citing their own Research senior analyst, Mingchi Kuo, who got his intel from vague “upstream components sources”:

Apple’s smaller-size iPad will be priced below US$400 and will target the highly-portable mobile device market and consumers that focus mainly on reading and do not have a high demand for text input.

So… the same people who actually bought iPads? I’m not sure I buy it. It’s easy to assume that parts for the device will be cheaper in a year’s time. But this sounds like Apple plans on making what amounts to the iPad equivalent of a netbook, which doesn’t make sense considering Steve Jobs’ stance on them. Stick this in your “Not Likely” folder.