App Allowed Teenagers To Connect Based on Geolocation; Things Got Bad Real Fast 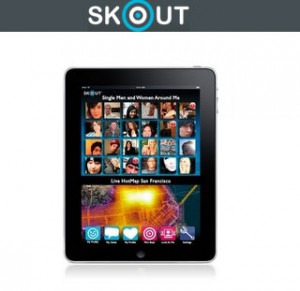 There is usually a lot of hand-wringing that accompanies discussions about children and technology. We tend to hear claims that kids are becoming zombies, attached to their phones and gaming consoles, or that they’ve become socially stunted due to limiting themselves to digital communication. Frankly, much of that often seems overblown, a product of an older generation unable to contextualize their children in a dynamic, modern world. However, in light of a shocking three child sexual assaults in the past two weeks facilitated by Skout, a social networking app designed to allow users to chat and share pictures with nearby users located by GPS, it is pretty evident that when it comes to child safety and technology, there is a lot to be worried about.

[Warning: the rest of this post will contain discussion of child sexual abuse].

When Skout launched, it initially targeted users 18 and older. However, after an influx of teenagers began to use the app, it was forced to create a separate service for them. This separate service came with some safeguards designed in order to protect minors, including a machine-learning technology called “the creepinator” which “monitors photos for nudity and check chats for inappropriate sexual messages, profanity, spamming, copyright infringement and violent behavior.” Christian Wiklund, Skout’s founder, states that using this technology results in the removal of “tens of thousands of devices a month” from the app. Furthermore, the GPS was always an opt-in service, and it could not pinpoint users location, rather it gives a general area within half a mile that the user is in. However, these safety measures were not enough to protect users, failing to consider the predators that could pose as teens, bypass “the creepinator,” and coerce children into meeting up with them in a designated location.

“In each rape case, the men are accused of posing as teenagers in a Skout forum for 13- to 17-year-olds. In one case, a 15-year-old Ohio girl said she had been raped by a 37-year-old man. In the second, a 24-year-old man has been accused of raping a 12-year-old girl in Escondido, Calif. In the third, a 21-year-old man from Waukesha, Wis., is facing charges that he sexually assaulted a 13-year-old boy.”

Thankfully, Skout’s developers are taking this tragic turn of events extremely seriously. Wiklund says that he is “disgusted,” and that “one case is too many. When you have three, it looks like a pattern. This is my worst fear.” The Skout service for minors has been suspended pending improvement upon its safety features. However, this turn of events really encourages a few questions: How does technology relate to sexual assault? Is it solely being used to facilitate it, or is can it be reformulated to protect vulnerable populations, instead of endangering them?

Recently, the White House issued an “Apps Against Abuse” challenge which asked developers to “create apps that empower young adults to prevent abuse and violence.” The winner of this challenge, Circle of 6, ‘allows you to pick six friends whom you can easily contact when you need help. Text messages are prewritten into the app with messages like ‘call and pretend you need me, I need an interruption’ and ‘come and get me, I need help going home safely.'” It also allows your “circle” to use GPS to pinpoint your exact location, and features emergency services on speed dial.

Of course, neither this app, nor the suspension of Skout, will end sexual assault. These actions are only responses to violence, and they do not prevent violence itself — for that, we need a cultural shift and direct intervention with abusers. However, that isn’t to say technological interventions are not important. As a growing concern for child safety and technology mounts, one can only hope that more attention will be shifted not only to technological additions to anti-violence work, but also to the education and prevention programs desperately needed to protect groups vulnerable to sexual violence.