"A storm is coming." 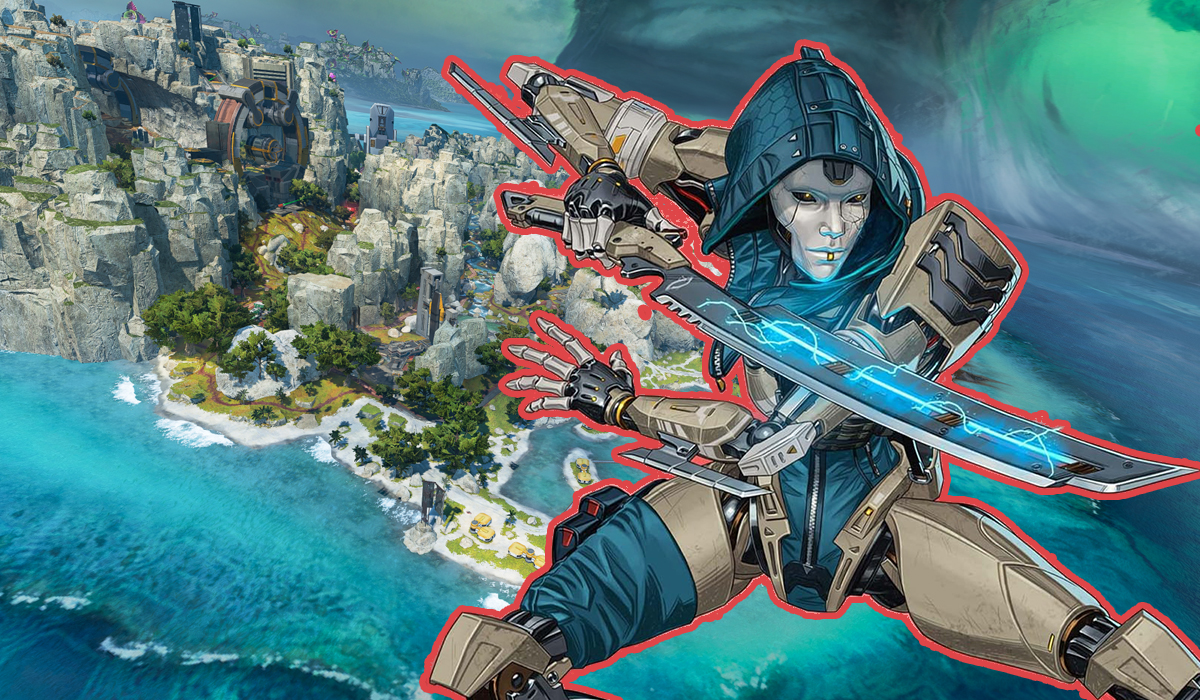 On October 18, after months of in-game and social media teasing, Respawn gave us our first trailer for Apex Legends Season 11. They re-introduced us to Titanfall 2 boss Ash with a “Stories from the Outlands” video and gave us the Season 11 trailer Apex Legends: Escape, the latter of which follows a nightmarish situation for the normally cheery legend Mirage.

Today, we got the gameplay trailer with more map details and the new-ish C.A.R. SMG. (New-ish because this is another sub-machine gun from Titanfall.)

Principle Designer on Apex Rodney Reese explained in the latest Apex Legends blog post that this new map Storm Point is the largest map in Apex. 15% larger than World’s Edge, the map serves as a forgotten IMC research base. There are roughly 17 locations within the map to land in, too.

Storm Point removed all redeploy balloons for quick travel. Instead, they’re replaced with gravity cannons. Unlike the balloons, the destination is predetermined. However, on the bright side, you can use weapons, grenades, abilities, and ults while traveling through the air. (I say knowing full well I, personally, won’t be able to down an enemy teammate while flying in the air.)

Like many other maps in Apex, these environments will have creatures aplenty. Prowlers (what I call dinosaurs) and Flyers (what I call dragons) are also back. The biggest change is that prowlers and spiders now nest throughout the map. They even have their own markings on the map called “Wildlife Nests.”As someone not too keen on bugs, I don’t feel too great about these new creepy crawlers in-game. The Escape launch trailer had mini swarms reminiscent of Halo‘s The Flood and the medium to small-sized creatures in Borderlands.

From what I understand, the spider nests will only activate if disturbed, whereas the Prowlers will come out if you get too close. This will give some interesting gameplay for those that like to set traps. I wonder if you shoot at a spider’s nest, will they attack you or the closest thing to them (like an enemy team member)? As someone grenade-happy in-game, I really need to know. Did I mention they will drop loot? So, even if you aren’t setting a trap, it might be worth visiting a nest.

Like other characters in the Apex roster, Ash has already been established in the base Titanfall series. While I played a bit of Titanfall, I really had to rely on this fantastic video by IGN to give background on the character. Essentially, she is an android with lost memories of her life before as Horizons’ lab assistant. Ash makes Revenant look soft in the launch trailer, and that is terrifying.

I started playing the game obsessively last May. While the high-flying Valkyrie was new, it was Seer who really was my first hero to get in at the start of a new season. In the summer of all those great Lil Nas X music videos, to have this emotive, Black performer as the new legend … well, let’s just say he’s been one of my mains. I’m very surprised that they are adding what looks to be a new offensive/assault character. I’m not sure what abilities could be added to a healer/support character, but we need more than Loba and Lifeline. Maybe someone who does AoE (area of effect) healing?

Now, with Ash, I feel the collective hype with other Apex players and am curious to see how she fits in the game. People are already meme-ing about how similar her abilities look to an original legend, Wraith.

Because we’ve already seen that Ash is a white, red-headed woman in the trailers, I’m a bit concerned about her character design. Games like Apex and Overwatch, while providing a diverse character roster, really like to dabble in some cultural appropriation for the worst (like Crypto’s Hype Beast skin). Why am I bringing this up for a new android? Well, in her big reveal, she uncovers her head, and we see in loo of a head plate or wig, thick loc-like wiring—nothing wrong so far (with Ash, anyways), but the writing is on the wall.

Since the new season starts November 2, we will be getting Ash’s character trailer any day now. All we’ve seen so far is that she has a tactical snare. This is in addition to the Battle pass trailer and Collections Event.