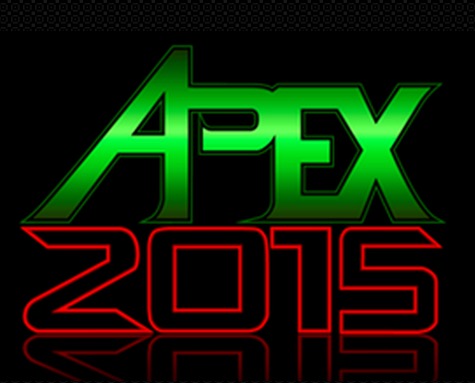 Over the past day or so, the Smash Bros. community has come together in a big way to denounce years of harassment by the host of the largest Smash Bros. tournament around: Apex. With Apex 2015 rapidly approaching the last weekend of January, Jonathan “Alex Strife” Lugo has been forced to step down from his position at the tournament in a huge win for safety in the fighting game community.

But it’s still sad that wins like this always come at such a high price. Accounts of harassment from underage girls and from trans women in the community whom Lugo deliberately outed have come to light after one girl finally spoke out about the disturbing things he’d said to her. Shortly thereafter, prominent members of the community began getting involved and expressing their concerns with the extremely troubling allegations.

…as to how Team Apex plans on addressing the allegations. I don’t feel like I can commentate Apex in good conscience otherwise.

Shoryuken reports that Wynton “Prog” Smith, who commentated for Nintendo on the Super Smash Bros. Wii U E3 2014 invitational tournament, called for Lugo’s resignation. Thankfully, Apex was swift to act, which is likely due in no small part to the tournament’s recently-announced sponsorship by Nintendo. I’d like to think they would have reacted the same way regardless, but I’m glad they had what I’m guessing was added pressure to make the right call.

They released a statement to the competitive Smash Bros. hub over at Smashboards that read,

At this time, Alex Strife will be stepping down from his duties at Apex. We will be moving forward with Apex 2015.

As it stands Apex 2015 is the largest Smash Brothers tournament ever and the Apex staff hopes to bring you the best experience we can.

While it’s great to see swift action on the part of Apex and the community, it’s important to remember going forward in this and any other gaming or fan community that this only seems to have happened quickly in terms of when Lugo’s actions became public knowledge. There were likely members of the community who saw, heard, or knew about inappropriate behavior long before this happened and did nothing, and that’s a bigger problem we all have to work to correct that can’t be solved by simply removing a single person.

As for Apex’s future, it should be in good hands with the Smash community’s members. Another prominent Smash player, Tyrell “NAKAT” Coleman, urged everyone to remember that the tournament—like the community—is made by the people who participate in it and not a single person in charge. That’s true, and I hope Apex is fun this year and that we all keep it fun for everyone by remembering that it’s up to all of us to make sure harassment like this isn’t tolerated in our communities.