Such an upgrade from fast food at the Trump White House. 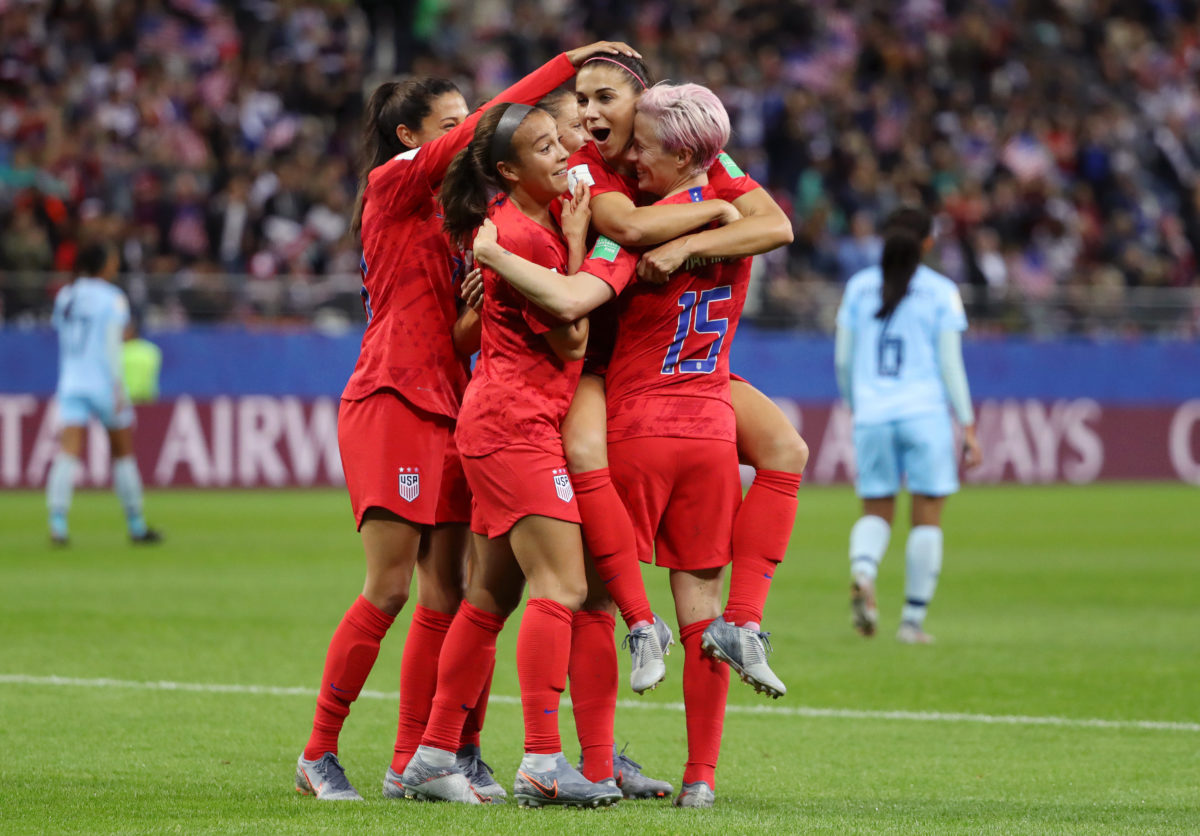 Last week, soccer star Megan Rapinoe made headlines when asked if she would go to the White House if the USWNT won the Women’s World Cup. Rapinoe responded by saying, “Psshh, I’m not going to the f*cking White House”, which set off a social media storm that included a series of angry tweets from Donald Trump himself.

Rapinoe isn’t the only team member who opposes Trump. Soccer star Alex Morgan said she would decline an invite in an interview with Time Magazine, where she said “I don’t stand for a lot of things the current office stands for.” Morgan continued by saying, “We don’t have to be put in this little box … There’s the narrative that’s been said hundreds of times about any sort of athlete who’s spoken out politically. ‘Stick to sports.’ We’re much more than that, O.K.?”

In regards to the “President’s” tweet today, I know women who you cannot control or grope anger you, but I stand by @mPinoe & will sit this one out as well. I don’t support this administration nor their fight against LGBTQ+ citizens, immigrants & our most vulnerable.

Now, Rapinoe and her teammates have received a much more compelling invitation to Washington, D.C. thanks to Alexandria Ocasio-Cortez. AOC tweeted an invite to Rapinoe inviting her and her teammates to the House of Representatives.

It may not be the White House, but we’d be happy to welcome @mPinoe & the entire #USWMNT for a tour of the House of Representatives anytime they’d like. 🇺🇸 https://t.co/ccgqE8vCds

Rapinoe was quick to accept the invite:

Kamala Harris quickly joined by inviting the USWNT to the Senate, where she got in a dig about Trump’s preferred catering menu and received an enthusastic reply from athlete Alex Morgan:

PS – I promise we won't make you eat cold fast food in front of reporters.

Don’t miss the next USWNT match against rival England in the semifinals on July 2. Who else has World Cup Fever?

“There is so much more to being man and woman.”⁰⁰

when I get my inbox down to ten emails pic.twitter.com/yvBoAXZErA