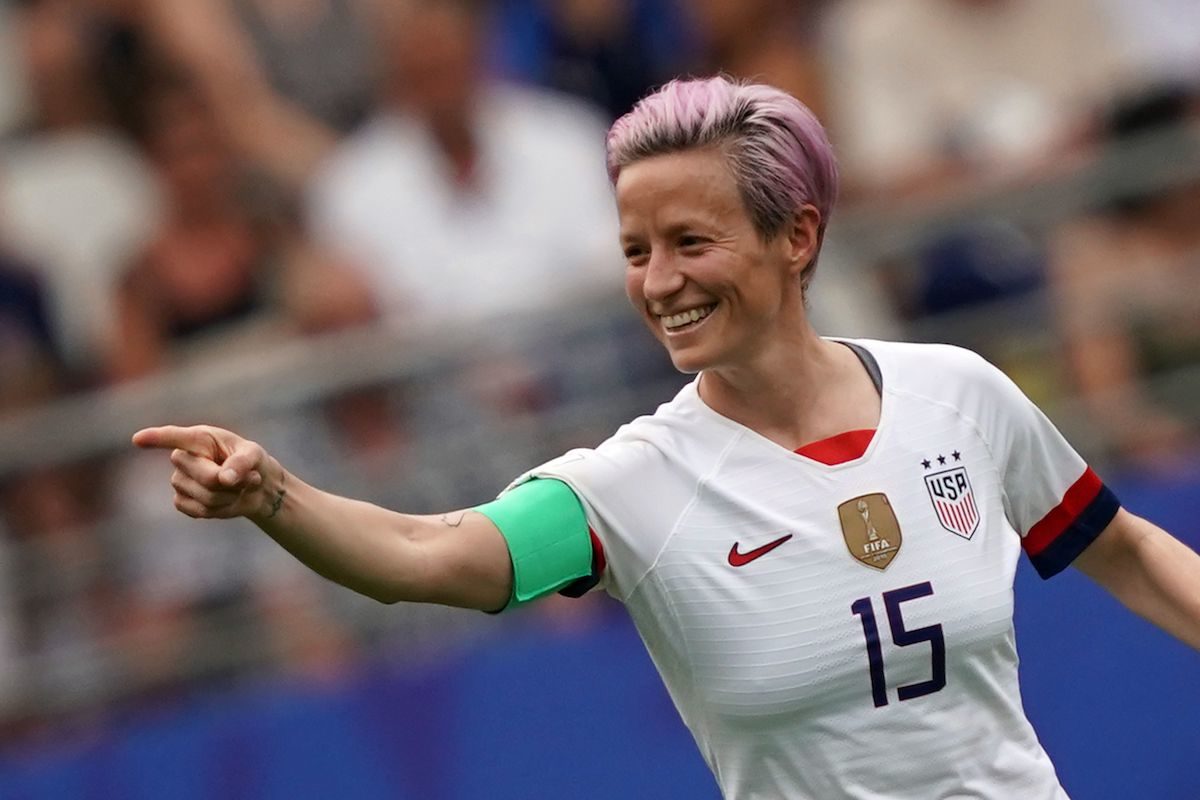 Yesterday, soccer magazine Eight by Eight ran this incredible clip of US women’s national soccer team star Megan Rapinoe giving the perfect response to the question of whether or not she’s excited to go to the White House should the team win the Women’s World Cup. Her response: “Psshh, I’m not going to the f*cking White House.”

“I’m not going to the fucking White House.” – @mPinoe pic.twitter.com/sz1ADG2WdT

Rapinoe noted that that’s not just her decision, and that she didn’t think the team—which has already been widely criticized for winning too much—would even be invited. That was probably already true, but after Trump heard about her comments, I really can’t see him graciously hosting the women’s team. Our “very stable” president did not react too well to hearing a woman be so dismissive of him.

In a string of tweets, he first draws connections between the NBA and criminal justice reform among other things.

thank you for drawing a connection between “the NBA” and “Black unemployment,” you racist maniac https://t.co/TTofQYd5ph

“We haven’t yet … invited Megan or the team, but I am now inviting the TEAM, win or lose,” he tweeted, really making that seem like a threat. By the way, these tweets were his second attempt as he first tagged the account @meganrapino, who is not a soccer player but just someone else with the same name.

Who knew it was possible to dunk on someone in soccer? pic.twitter.com/G45RoW7cKb

Although honestly, she seems to be having her best day.

mom come pick me up old men are attacking me

Trump ended his rant by writing that “Megan should never disrespect our Country, the White House, or our Flag, especially since so much has been done for her & the team. Be proud of the Flag that you wear.”

It should be clear to everyone, even Trump, that no one is disrespecting the country, the White House, or the flag. That much was made apparent in 2015, when President Obama invited the World Champions (including Megan Rapinoe!) to the White House and they proudly accepted.

“This team taught all of America’s children that ‘playing like a girl’ means you’re a badass,” Obama said at the time. Can you imagine Donald Trump saying anything like that, ever? No, of course not, which is why he’s the only thing being disrespected by Rapinoe.