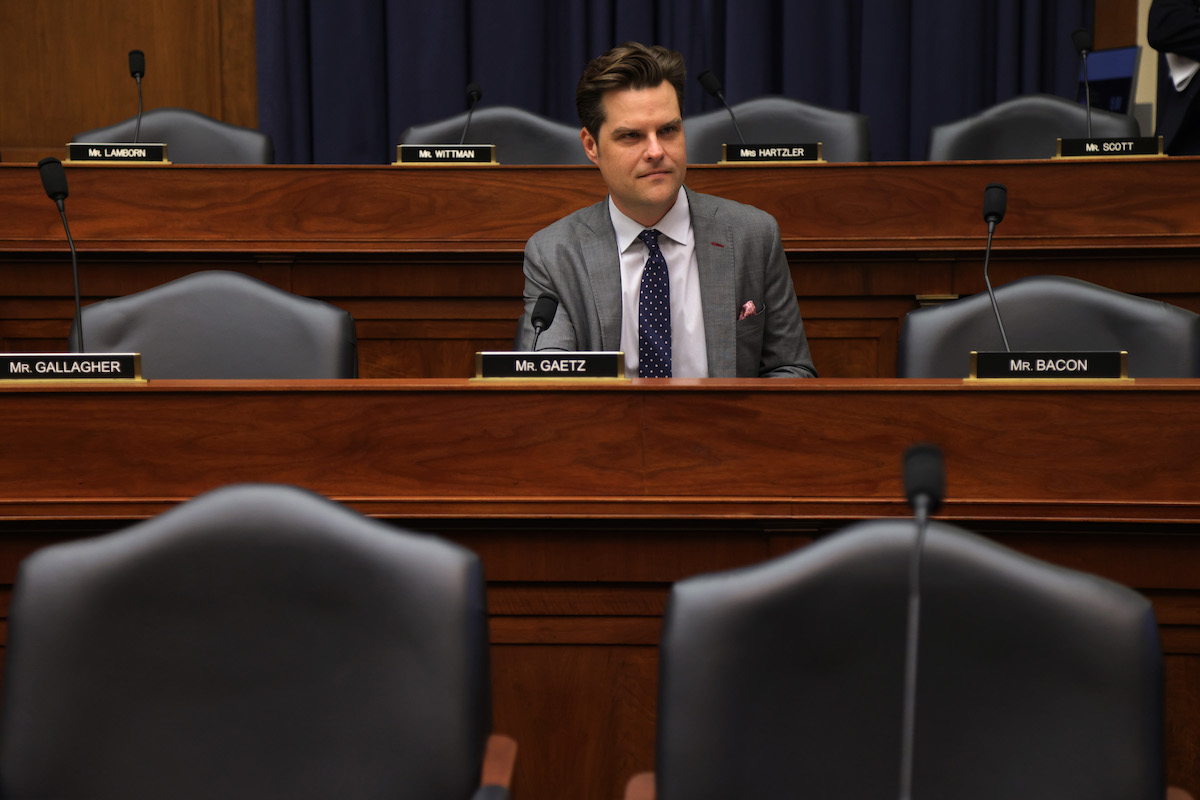 According to The Daily Beast, Ellicott’s case does not have to do with the allegations that Gaetz paid an underage teenage girl for sex, although Ellicott did apparently have “intimate knowledge” of the alleged sex trafficking and even sent incriminating texts to the group chat.

Ellicott’s messages state that everyone in the group—which appears to include Gaetz and Gaetz’s “wingman” Joel Greenberg—“knew [the minor] was underage the whole time, had sex with her, and they both went [to] see other guys.”

In one message, Ellicott wrote, “for other guys she brought [the minor’s nickname] along to see, that could be trafficking.”

Yes, Big Joe, it could be trafficking! Thank you for stating it so clearly!

Ellicott was apparently best friends with Greenberg, who pleaded guilty to a litany of crimes last year. The charges against him included trafficking a minor but were mainly centered on massive corruption in how he operated as a city tax collector. They ranged from using government resources to make fake I.D.s “to facilitate his efforts to engage in commercial sex acts” to spending hundreds of thousands of taxpayer dollars to create fake no-show jobs for his friends.

Ellicott’s crimes are related to those of his BFF Greenberg. He was charged with fraud in relation to “bribery and kickbacks,” and also illegally selling Adderall.

From The Daily Beast:

According to prosecutors, Ellicott was the intermediary in the kickback arrangement, carrying a $6,000 cash bribe from an unnamed tax office contractor to a Public Official—Greenberg. In exchange for the bribe, Greenberg and the contractor worked out a deal where the contractor inflated invoices for work with the tax office, pocketing the difference.

Ellicott also copped to selling a single unnamed client more than $5,000 worth of Adderall over the course of two years. The client made the payments to Ellicott’s company, “Uncle Joe’s Coins,” and transferred money via check and Venmo, according to the agreement. One $95 Venmo payment was disguised as “2 hour full body massage.”

Ellicott pleaded guilty to both of those crimes and is reportedly cooperating with prosecutors on the investigation into Matt Gaetz.