“It’s like the Tiger King got elected tax collector.” 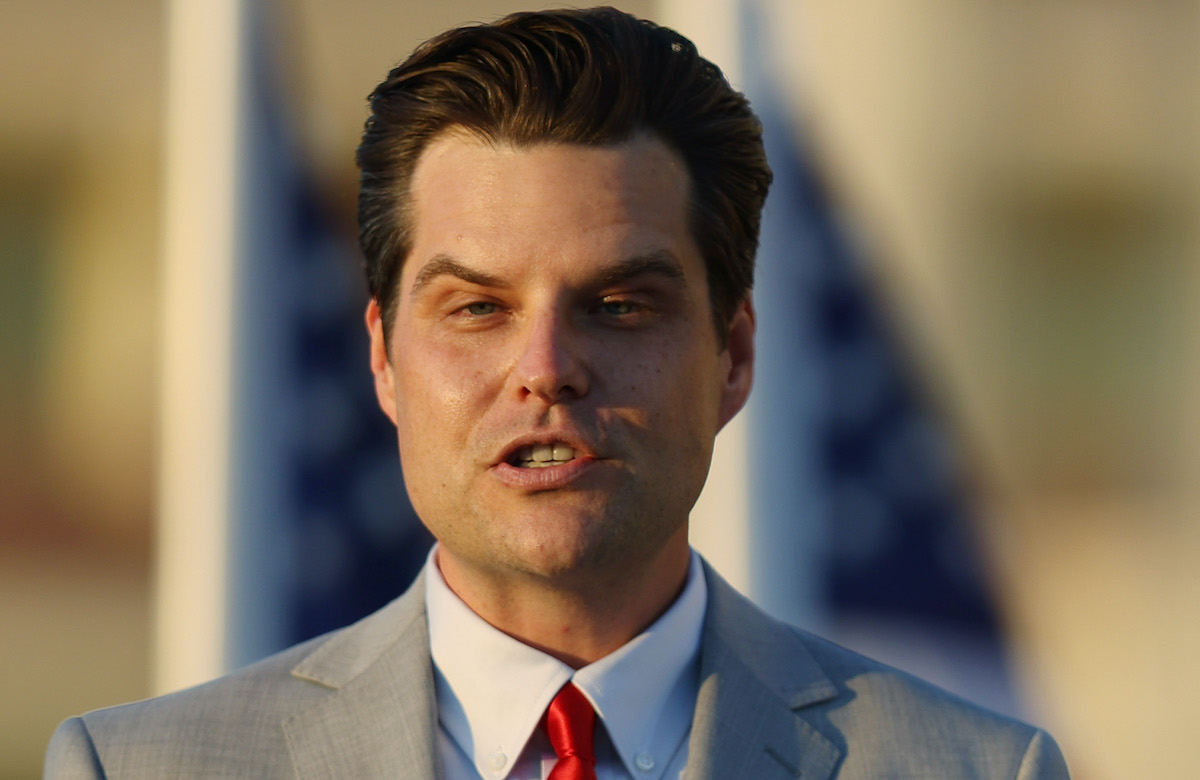 As Matt Gaetz’s bizarre scandal and Justice Department investigation continues to unfold, we’re also learning more about the case that sparked the whole thing, and it turns out that that one is even worse and weirder than what’s going on with Gaetz.

The probe into allegations that Gaetz had sex with an underage girl and also broke federal trafficking laws by taking her across state lines for sex all stems from a larger investigation into Gaetz’s friend Joel Greenberg. We already knew a bit about Greenberg, who has been indicted on numerous charges.

We know that he’s a former tax collector, a pretty mundane government job that he definitely tried to make the most of. He’s been charged with using government resources to make fake IDs “to facilitate his efforts to engage in commercial sex acts,” which allegedly include sex trafficking minors and cultivating “sugar daddy” relationships with teenage girls.

A new report from the New York Times goes into detail laying out Greenberg’s many other alleged crimes and general commitment to corruption.

Greenberg, who ran on an anti-corruption platform, has been accused of a number of financial crimes, including obtaining hundreds of thousands of dollars through fraudulent COVID-19 loans, using his tax collector credit card to buy things like body armor, weapons, and a drone, and somehow “wasting” more than a million dollars of taxpayer money, as concluded by an audit.

But he’s also been accused of much weirder things. The Times writes:

Records and interviews detailed a litany of accusations: Mr. Greenberg strutted into work with a pistol on his hip in a state that does not allow guns to be openly carried. He spent hundreds of thousands of taxpayer dollars to create no-show jobs for a relative and some of his groomsmen. He tried to talk his way out of a traffic ticket, asking a police officer for “professional courtesy.” He played police officer himself, putting a flashing light on his car to pull over a woman and accuse her of speeding. He published an anti-Muslim Facebook post. He solicited help to hack critics on the county commission.

Stalking a rival candidate got him arrested. Federal agents looking into the matter found at least five fake IDs in his wallet and backpack, and kept digging.

After he was first arrested last summer, his wife left their home “for some time.” In February, the Times says Greenberg “drove to Jupiter, Fla., looking for his wife, a 180-mile drive that violated the curfew and travel restrictions that were conditions of his release. His mother-in-law called the police. At some point after Mr. Greenberg returned home, he burned her clothes, according to a person familiar with the episode.”

The new tax collector who replaced Greenberg after his resignation said “Seminole County elected a criminal into office, unknowingly.” A lawyer who once represented one of Greenberg’s employees said “It’s like the Tiger King got elected tax collector.”

All in all, Greenberg has been indicted on 33 different charges. The sex trafficking charge has been getting the most media attention, and it is the most serious of all the charges, carrying a mandatory minimum sentence of 10 years in prison.

Politico looked into messages Greenberg sent to Gaetz and another “politically influential Republican mutual friend” on WhatsApp and it sounds like he is (understandably) freaking out. He reportedly repeatedly asked Gaetz to use his influence with Donald Trump to get a pardon and he told that mutual friend that “everyone is going to need a lawyer.” The friend then talked to Greenberg’s attorney and found out that wasn’t true. He told Politico it felt like a “set up.”

“I have nothing to do with any of this and think it is incredibly uncool you are trying to lawyer me up to be a part of it, Joel,” he wrote to Greenberg. “Not. F—ing. Cool.”

That friend also compared the lie to a time when Greenberg allegedly smeared a music teacher and activist who decided to run against Greenberg. Soon after that teacher entered the race, “an anonymous letter was sent to the school where Mr. Beute worked, falsely accusing him of having a sexual relationship with a student. Social media accounts popped up making other repugnant claims about him,” writes the NYT. Greenberg’s fingerprints were found on the letter.

“It’s the same playbook he used against the teacher he falsely smeared as a pedophile,” this friend told Politico. “And he’ll do the same thing to Gaetz if he can get less prison time.”

Gaetz’s allies are apparently afraid that Greenberg might be looking to make a deal with the DOJ to deliver Gaetz, with whom he “shared girlfriends,” according to Politico’s sources. Greenberg is also reportedly paying legal fees for the young woman who is at the center of the sex trafficking charges. (She was 17 at the time of the alleged trafficking.) While that’s not illegal, Politico notes that it “could raise questions about the case against him” and make her testimony less credible.

By the way, we don’t know who that “politically influential Republican mutual friend” is so apropos of absolutely nothing, I’ll just note that longtime Trump ally and apparent mutual friend to Gaetz and Greenberg Roger Stone has been aggressively defensive of Gaetz on Parler recently.