"What? Internet comments are fine. This guy's a f*$%ing idiot." —The Internet 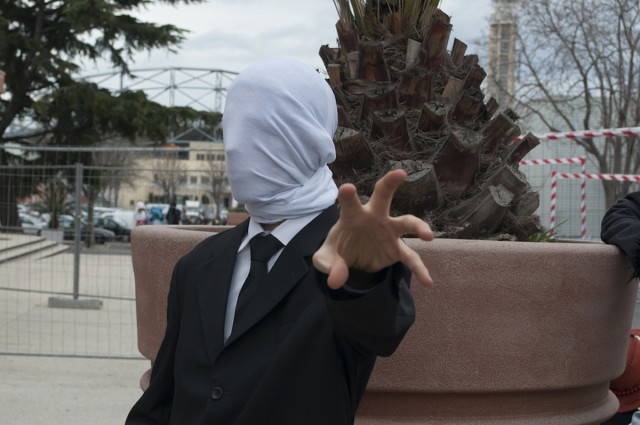 In case you’re new to the Internet, most websites allow users to comment on things they watch and read, and those comments frequently degenerate to anything from non-constructive criticism to outright hate and bigotry. Why does the Internet make people such jerks? Anonymity is often cited as a reason, and a recent study shows that’s probably right.

The study, by University of Houston assistant professor Arthur D. Santana, was recently accepted for publication in Journalism Practice and examined the tone of thousands of Internet comments to determine if anonymous or non-anonymous comments contained a more civil tone.

I can only imagine that the reason this research has taken so long to come around is the time it takes to figure out the spelling and grammar (or complete lack thereof) in some of the comments. For real, it’s like some of them are typing with their butts.

Unsurprisingly, Santana found that 53.3 percent of the anonymous comments he analyzed were uncivil in tone compared to only 28.7 percent in non-anonymous comments. So, while anonymity can be a useful tool for helping people express unpopular opinions, it also seems to have a strong tendency to lead to more negativity, as some of those opinions are unpopular for a reason.

Why does being anonymous make people such dicks? When people lose their identities, they lose a fear of consequences for the things they say. Not only that, but when slinging insults at another commenter, it’s probably much easier to insult someone who is just a faceless username on your computer than it is to insult someone to their face.

As far as what this means for the Internet, some sites are already taking steps to make users log in with their Facebook (or Google+ in YouTube’s case) accounts to remove anonymity, but Santana found that 41.6 percent of the largest newspaper sites still allow anonymous commenting. Unfortunately, removing anonymity is a probably a better option than trying to remove jerks from the Internet, because if 53.3 percent of anonymous comments are uncivil, and you’ve left an anonymous comment, odds are pretty good that you wouldn’t make the cut.

Santana also found that racially charged topics were significantly more likely to receive uncivil comments, because humanity is a horrible nightmare. If you need me, I’ll be alone with a cat.

(via Phys.org, image via Damien Erambert)