An Animorphs Movie Is Supposedly Happening! 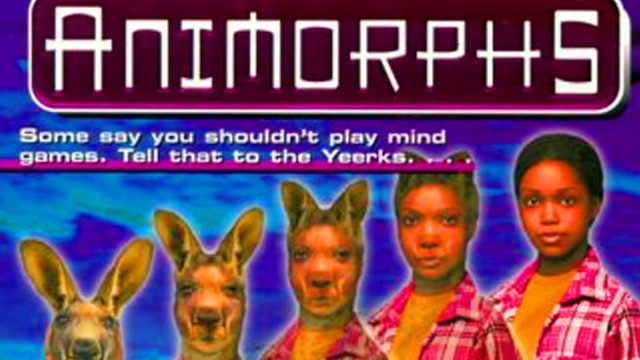 If there’s one story I can think of that would actually benefit from the “gritty” remake/reboot/adaptation trend, it’s Animorphs. Despite being pretty easy reads that relatively young children could easily pick up, the late ’90s book series was full of body horror, disturbing imagery, and violence. And now, it’s finally getting the movie it deserves.

Or at least, we hope so. Not only because it’s an unconfirmed report from The Tracking Board, but because there’s also plenty of room to mess things up in the adaptation, as there always is. However, while the series got a TV adaptation on Nickelodeon that went about as well as could expect from a 1998 Nick TV series made from such dark and intrinsically special effects-heavy material, it’s never gotten a proper movie before, so I’m going to be optimistic until I see proof that it’s been mishandled.

For those of you who missed it, the series is about five teens who encounter an alien—an Andalite—dying from a battle to save the Earth from evil, brain-invading aliens called Yeerks. They can’t save him, but he gives them the power to fight back against the invasion by turning into any animal they can get their hands on—literally.

Over the 54-book series and its larger event novels, they fight, turn into animals, get trapped in animal bodies, get maimed and killed and come back to life (in some cases), experience psychological trauma from dealing with animal brains, hear each others’ mental anguish and screams through their “thought-speak” ability, have their brains invaded by evil aliens, and generally do things a TV adaptation could never handle well—even if it hadn’t been aimed at kids.

According to Tracking Board, Universal is looking to make the movie happen with Deborah Forte, producer on the upcoming Goosebumps adaptation, producing. Animorphs fans, let’s brainstorm exactly which of our favorite things about the books needs to make it onto the screen in the comments.