"You are strongly advised to get tested." 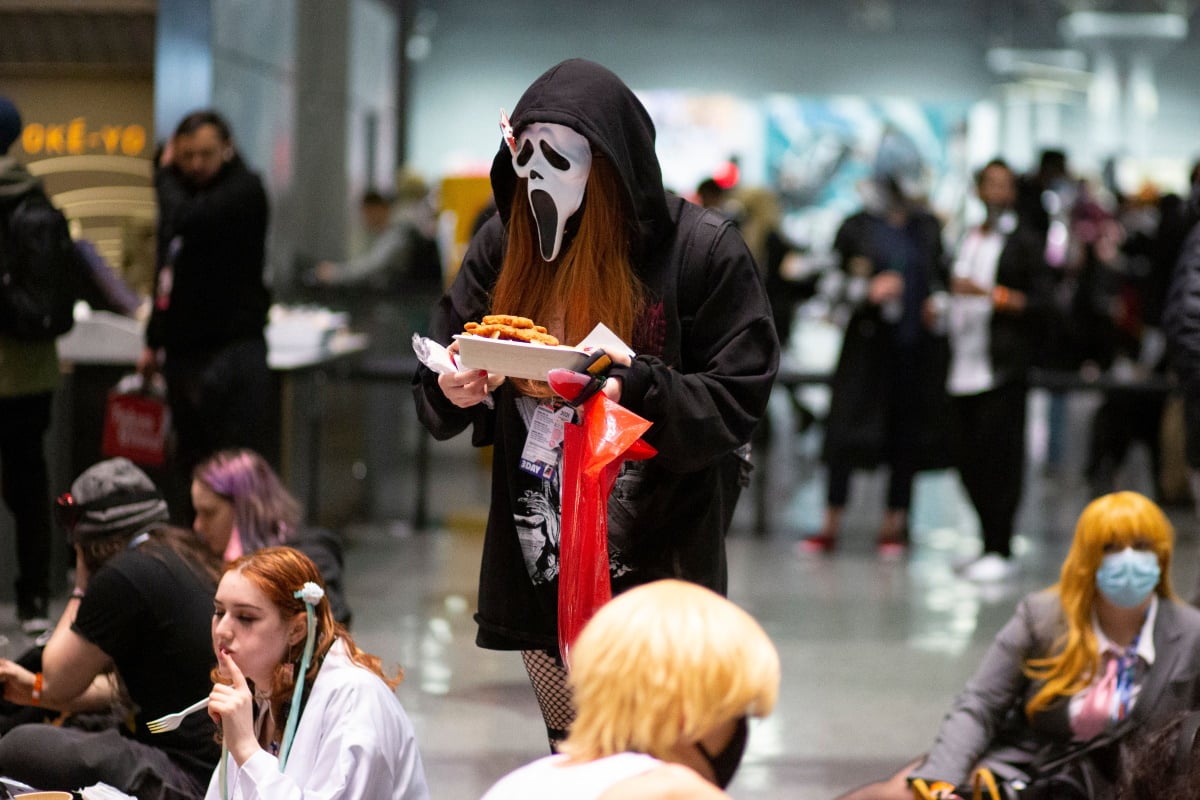 Anime NYC, which took place from November 19 to the 21st, released a statement in regards to an out-of-state attendee testing positive for the Omicron variant of COVID.

The Anime NYC team was notified today that one of this year’s attendees tested positive for the Omicron variant of COVID-19. According to the Minnesota Department of Health, the attendee developed mild symptoms on November 22, was tested on November 24, and their >> pic.twitter.com/AqpJuLIjTQ

The full statement is as follows:

The Anime NYC team was notified today that one of this year’s attendees tested positive for the Omicron variant of COVID-19. According to the Minnesota Department of Health, the attendee developed mild symptoms on November 22, was tested on November 24, and their symptoms have since resolved.

We’re actively working with officials from the New York City Department of Health, who are coordinating with various state agencies, and all participants who ordered badges online, as well as exhibitors, artists, and partners. All attendees should receive an email or call from the NYC Test and Trace Corps or their local health departments with further information and recommended next steps. You are strongly advised to get tested.

We thank our partners in New York City for their tremendous assistance and guidance both today and in the lead up to Anime NYC.

This statement comes after a debriefing from White House Press Secretary Jen Psaki.

And a statement from Mayor de Blasio.

If you attended the Anime NYC 2021 Convention at the Javits Center from November 18-22, get tested for #COVID19 as soon as possible.

“We are aware of a case of the Omicron variant identified in Minnesota that is associated with travel to a conference in New York City, and we should assume there is community spread of the variant in our city. We are working closely with the State and the CDC, as well as the Javits Center’s event organizers, and our Test and Trace Corps will be contacting conference attendees. This conference required masks and complied with our Key2NYC requirement to mandate vaccination.

Anyone who attended the Anime NYC conference, especially anyone experiencing symptoms, should get tested immediately and take additional precautions, including social distancing.

I urge all New Yorkers to get vaccinated, wear a face mask while indoors and in public, and help our city beat this virus once and for all.”

Initially reported in South Africa, researchers are still trying to understand the Omicron variant, as there have now been cases in 30 countries around the world. In regards to this situation with Anime NYC, this isn’t the first case of Omicron in the U.S., but it is one of the few that has happened. According to NBC News, the first case in the U.S. was in California, with cases also happening in Minnesota, New York, and Colorado.

The three cases in California, Minnesota and Colorado have been mild and those individuals are recovering, health officials say.

“Let me be clear: This is not cause for alarm. We knew this variant was coming and we have the tools to stop the spread,” Hochul said. “Get your vaccine. Get your booster. Wear your mask.”

NBC News goes on to say the following:

Because the Minnesota man attended the convention, it’s likely the variant is spreading in New York City, health commissioner, Dr. Dave Chokshi, said on Twitter Thursday, urging attendees of the convention to be tested immediately and take precautions such as wearing a mask and social distancing.

It’s unclear whether the new cases in New York were related to the convention at the Javits Center, Hochul and de Blasio said, noting that contact tracing had only just begun.

I imagine that the city of New York and the White House responded faster than Anime NYC could because this was a case with a new variant that health officials are still trying to figure out, as I’ve seen events report COVID cases before without the backing of an entire city or the government.

It’s become a necessary part of running events if situations like this happen.

It’s never easy to report stories like this as my thought process is constantly all over the place in regards to us still being expected to function during a pandemic. On the one hand, I will forever be frustrated that events are even happening when we’re still dealing with the pandemic, but my frustration is aimed at the fact that we never really took proper measures in the first place. The world has adopted this “the show must go on” mentality way too quickly, and that mentality has trickled down in a way that, unfortunately, forces people’s hands in regards to whether or not they should move forward with an event. It’s not as simple as delaying things when we’re about to hit the two-year mark of the pandemic, as support for such delays ended a while ago.

Is it really about to be two years?

All I’m left with is hoping that these events handle things as responsibly as they can, which would mean making sure everyone is wearing a mask, is vaccinated, and that social distance practices are in place. Those who attend these events should get tested before and after, and if there is a case where someone comes back with a positive result, events should work quickly to alert everyone.