Should Anime Conventions Screen For Sex Offenders? Do We Really Have to Ask? 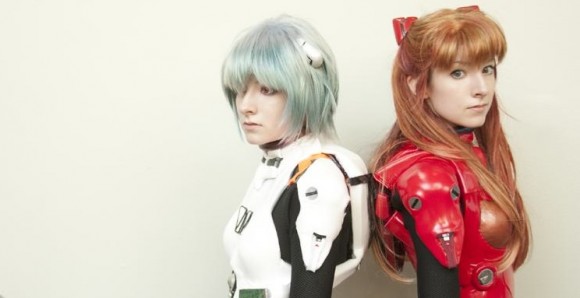 Well, the good news is that women have a very big presence at anime conventions. The bad news is that some of those girls are underage and may be approached by very shady men. Obviously not all men who attend anime conventions are pervs, but ever since news of an arrest by a registered sex offender came out, people are wondering if there is more that can be done to keep women of all ages safe without treating innocent male attendees unfairly.

The story referred to earlier is about Michael Allen Alper, who was convicted of trying to have sex with a 13-year old girl (Alper is in his mid-30s, not that it matters when it comes to a 13-year old girl) who he met at Katsucon in 2010. Unbeknownst to Katsucon organizers, they let a guy in who had already been convicted of raping another 13-year old girl. While this is easily not the norm, it’s undeniable that older men (and by older, we mean anyone older than the age of consent, i.e., guys who really should avoid looking at teenagers) are not exactly controlling their gaze when there are girls (of varying ages) wearing costumes of their favorite characters that can very easily be classified as skimpy at times. And while it’s unfair that men who go to cons to merely take in the atmosphere can be lumped in with guys like Alper, can we at least admit that staring at women is gross? Especially if they’re underage? Take this quote, for example from a 43-year old con attendee:

“There are definitely people who can wear skimpier costumes a little better.”

Obviously, this is in no way a blanket accusation of all men at anime conventions. And yes, some women also stare at men or make improper advances, and they might not like it. But men and women alike should be able to enjoy a molestation-free time at any anime convention they desire. It’s the responsibility of the organizers to protect their visitors — all their visitors — from the tiny percentage of the population who have committed serious crimes like rape. It doesn’t have to turn into a witch hunt or be invasive to an Orwellian degree. But when you apply for a job, don’t we all have to disclose any criminal convictions on the first paper we see? And don’t employers run background checks anyway?

Blastr posted a couple of comments pointing out that criminal background checks on every single attendee of a convention would be impossible and that people should not be scared away from conventions because of a handful of bad incidents. And we agree with that. There’s also something to be said for things that happen outside of conventions that are not the responsibility of the organizers (as was the situation with Alper). But that doesn’t mean nothing should be done.

After the incident with Alper, Katsucon said that they would begin checking their pre-registered guests for any criminal activity. Though Otakon, as of right now, has not made a decision on whether or not to do this.