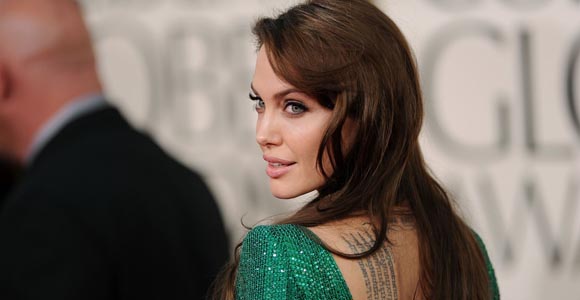 Angelina Jolie has never been one to sit back and let the world happen around her, so we probably shouldn’t have been surprised when news broke of the actress undergoing a double mastectomy as a preemptive move again breast cancer. That’s just how she rolls.

I’m not one to keep up on celebrity gossip but considering the level of stardom super-couple Jolie and Brad Pitt are in, in retrospect it seems almost impossible this story wouldn’t have leaked. Thankfully, Jolie was able to reveal her experience on her own terms.

“My mother fought cancer for almost a decade and died at 56. She held out long enough to meet the first of her grandchildren and to hold them in her arms. But my other children will never have the chance to know her and experience how loving and gracious she was,” Jolie opened with in her revealing op-ed to the New York Times.

Jolie and Pitt have six children and she wanted to make sure they had their mother around for as long as possible.

I have always told them not to worry, but the truth is I carry a “faulty” gene, BRCA1, which sharply increases my risk of developing breast cancer and ovarian cancer.

Only a fraction of breast cancers result from an inherited gene mutation. Those with a defect in BRCA1 have a 65 percent risk of getting it, on average.

Once I knew that this was my reality, I decided to be proactive and to minimize the risk as much I could. I made a decision to have a preventive double mastectomy.

The actress went into detail about several procedures she underwent over three months; a nipple delay, the mastectomy, and reconstructive surgery. “Cancer is still a word that strikes fear into people’s hearts, producing a deep sense of powerlessness. But today it is possible to find out through a blood test whether you are highly susceptible to breast and ovarian cancer, and then take action,” she wrote. “I wanted to write this to tell other women that the decision to have a mastectomy was not easy. But it is one I am very happy that I made. My chances of developing breast cancer have dropped from 87 percent to under 5 percent. I can tell my children that they don’t need to fear they will lose me to breast cancer.”

The widely-viewed op-ed did something other than help spread the word about breast cancer awareness though, it also highlighted the issue of health care.

Breast cancer alone kills some 458,000 people each year, according to the World Health Organization, mainly in low- and middle-income countries. It has got to be a priority to ensure that more women can access gene testing and lifesaving preventive treatment, whatever their means and background, wherever they live. The cost of testing for BRCA1 and BRCA2, at more than $3,000 in the United States, remains an obstacle for many women.

Thanks to Jolie, more people will be discussing not just health care in general but this very specific issue of gene testing. Myriad Genetics has patents on the genes Jolie mentioned, BRCA1 and 2, which has been aggressively discussed in the US Supreme Court as of late and which some are calling a monopoly.

Jolie says she’ll be posting more information about her experience on the Pink Lotus Breast Center website, the location of her treatments, but I do recommend reading the entire NYT piece titled “My Medical Choice.” It speaks volumes.