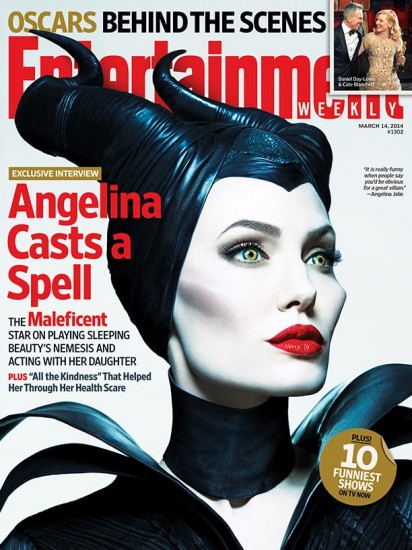 We’ve been seeing the trailers and TV spots but daaaaaaamn. Every time I see Angelina Jolie as Maleficent I’m astounded yet again. Hit the jump to see another exclusive shot from Entertainment Weekly of Jolie and her daughter Vivienne in the film. 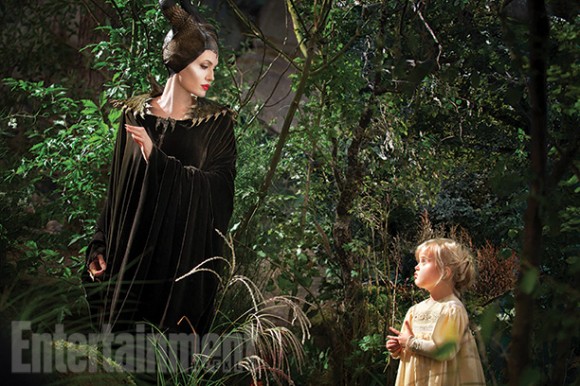 “We think it’s fun for our kids to have cameos and join us on set, but not to be actors. That’s not our goal for Brad and I at all,” Jolie told EW, mentioning Vivienne was the only one not scared of her in costume. “But the other 3- and 4-year-old [performers] wouldn’t come near me. It had to be a child that liked me and wasn’t afraid of my horns and my eyes and my claws. So it had to be Viv.”