Worst Superpower Ever: Young Angelfish Able to Grow Fake Eyes on Their Butts to Ward Off Predators

This is even worse than that guy from Heroes who can melt toasters. 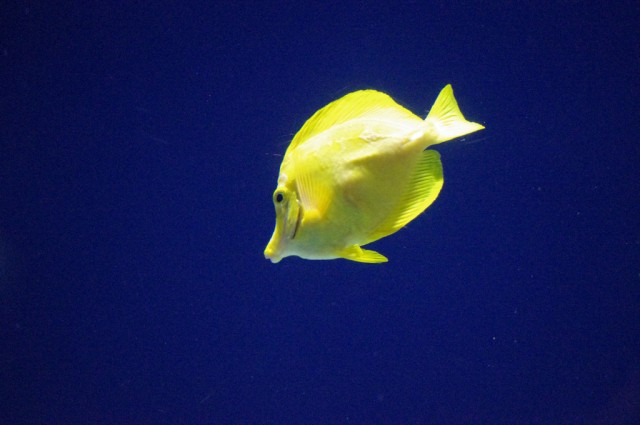 You know those novelty glasses with pictures of eyes on them that you can wear while taking a nap to make people think you’re really awake? Researchers from the University of Saskatchewan and Australia’s James Cook University have found a fishy equivalent: Young angelfish are able to grow false eyes on demand when exposed to predators.

While biologists knew that angelfish sometimes developed false eyes, they were unsure until now how that process began or whether it was an evolutionary trait held by some fish or a kind of genetic mutation that was passed along family lines. However, they’ve now discovered that all angelfish can grow false eyes, and they seem to create these markings as a response to the presence of dangerous predators.

To figure this out, researchers placed angelfish in tanks under a variety of conditions. In one tank they were exposed to their natural predators, the dusky dottybacks, either through scent or by having a dottyback placed in a plastic bag and immersed in the tank; in another tank, angelfish were exposed to fish called gobies, which look like the dottybacks but do not eat meat; and in yet another tank,  they were allowed to just be their normal fishy selves without any fear of being eaten, no doubt rendering the fish in the other two tanks intensely jealous.

The researchers found that when exposed to their actual predators — and only the actual predators — the young angelfish developed false eyes along their dorsal fins to ward off attacks. The false eyes, which serve to misdirect predators, only appeared on fish exposed to the presence of dottybacks — gobies  were seen to be false predators, and the angelfish didn’t fall for it or feel they were in danger. The fish exposed to dottybacks also behaved much more cautiously than the other fish did and ended up having a far higher survival rate once the fish were all released back into the wild.

The scientists involved in the study, published in the journal Scientific Reports, believe the false eyes that angelfish acquire help to fool predators by making them believe their prey is moving in the exact opposite direction that they really are, because animals are very dumb — particularly fish. Angelfish aren’t alone in taking advantage of how dumb other animals are, though. Similar adaptations have been seen in other animals such as the Hairstreak butterfly, which has fake antennae on the bottom of its wings to give it an extra edge when escaping from jumping spiders.

(via Phys.org, image via Marc Haserodt)