Instead of getting rats and mice drunk to study alcohol's affects on the brain, a new technique uses drunk fish and robots. 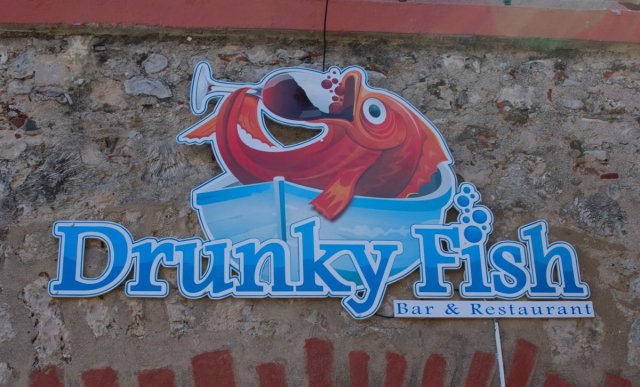 Typically when studying how alcohol affects the brain, scientists use rats and mice, but it could be last call for rodents. The Polytechnic Institute of New York has a new solution about how to study alcohol — drunk fish and robots. The new method is supposed to be more efficient at getting consistent data, and it turns out drunk fish don’t behave like drunk humans.

The new technique was outlined in the journal Alcohol — a publication that seems relevant to our interests. NYU-Poly Associate Professor of Mechanical and Aerospace Engineering Maurizio Porfiri, visiting Sapienza University of Rome biology student Chiara Spinello, and Italian Institute of Health research scientist Simone Macrì placed a biomimetic robot modeled to have the same color pattern and movement as a fertile female zebrafish in with non-robotic zebrafish to see how they would react.

Earlier experiments with the robotic fish have shown that zebrafish are a pretty social bunch, and they’ve consistently shown an affinity for their new robotic pal. To test how alcohol affects things, three groups of fish were given varying degrees of ethanol in their water. The control group was given no alcohol, while two other groups received 0.25 percent and one percent ethanol by volume respectively.

According to the study, doses at this level do not have lasting effects on the fish, nor do they do them any harm. The sober tank reacted to the robotic fish as expected, by buddying up next to it. The tanks with the alcohol however, tended to shy away from the robot, spending more time in different areas of the tank. That breaks with conventional wisdom that drunk humans will hit on just about anything, even robots.

It’s not clear exactly how the alcohol is affecting the fish and causing them to distance themselves from the robot more than their sober counterparts. The team think it could be due to the drunk fish’s impaired shoaling instincts, or just that a robotic fish is less appealing to hang out with when you’re a drunk fish.

The next step is to drop a robotic predator into the tanks of drunk fish to see how their sense of fear is impacted. Our official prediction? The sober fish will swim away, while the drunk fish stumble up and try to fight it. Even fish get beer muscles — at least we hope they do.

(via NYU-Poly, image via Charles Hoffman)