The director of Professor Marston and the Wonder Women speaks. 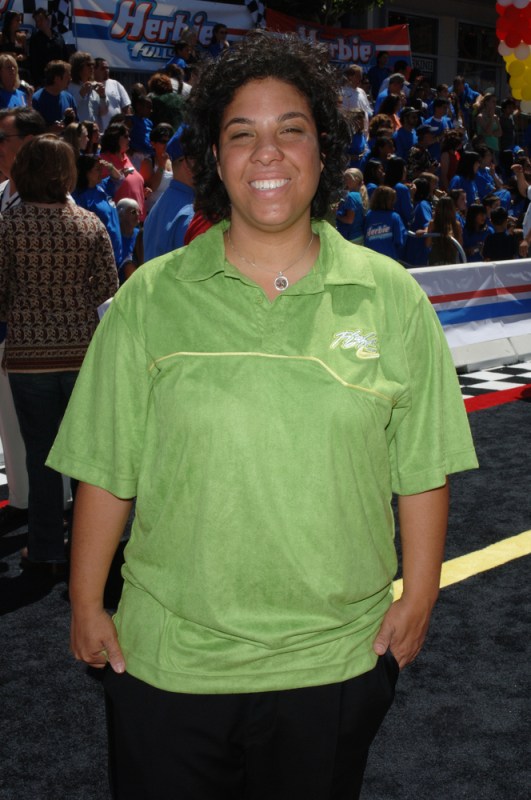 Professor Marston and the Wonder Women is one of the most unique, intriguing, and thought-provoking films coming out this year. You can check out my review from over the weekend if you’re interested in my two cents. However, I had the pleasure of sitting down and talking with the film’s writer-director, Angela Robinson, who shed a bit of light on her process and her preconceived notions when making the film.

You might know Angela Robinson’s work if you’re familiar with the cult-classic, lesbian teen movie D.E.B.S, have seen Herbie: Fully Loaded, or have watched shows like The L Word, True Blood, and How to Get Away With Murder. Her new film, however, definitely kicks things up several notches. It’s a fascinating story on its own (the story of Wonder Woman creator William Moulton Marston’s relationship with his wife, Elizabeth, and their lover, Olive), but Robinson delivers an elegant and nuanced film that I’m sure we’ll be hearing more about during next year’s awards season.

‘There are stories that kind of infiltrate your soul,” she begins, as she explains to me why she felt the need to tell this story. “That you find yourself thinking about and wondering about and needing to tell.” She started thinking about it a decade ago, and started writing it eight years ago, with the script taking her four years to write during nights and weekends, and another four to actually get the film made.

And in all that time, she never got bored. “It kept me engaged the whole time,” Robinson says. “I think because it really kind of lives where I live, emotionally and intellectually. And also, I was curious about it. Some things you write and you know what you think when you set out to write it. This was not one of those projects. I started as a huge Wonder Woman fan. I’ve always been, since I was a kid. Then a friend of mine gave me a book on Wonder Woman, and there was a little chapter on the Marstons, and I was blown away that behind Wonder Woman there was this amazing origin story that nobody knew! It was so crazy, that I just started doing research, and it kept me fascinated about gender, and feminism, and sex, and love, and war, and psychology, and it just kept going! I found it endlessly fascinating.”

When Robinson first learned the Marstons’ story, she definitely had preconceived notions going in. “I started by writing what I thought was going to be a standard biopic about William Moulton Marston,” she explains. “And I thought going in that it was the story of a guy who had a wife and a mistress. And then I started looking at it more, and going Wait a minute…I just kept getting thrown.”

As Robinson learned that the women stayed together after Marston’s death, and that Elizabeth named her only daughter after Olive, her preconceived notions were obliterated.  “My brain exploded,” she says, and she realized that the story of a married man with a mistress “isn’t what I’m looking at at all!”

And so, the film is an organic love story between the three people. Robinson says, “I wanted it to feel like what it feels like when you fall in love.” She sees their relationship as a tripod in that they are all equally important. “They each can’t exist without the other”

The nature of the relationship, as well as the times during which the Marstons lived means that there isn’t a whole lot of information about the actual ins and outs of their relationship. “I did a lot of my own research,” Robinson says. “But [the film] is definitely through my interpretation of how things happened. It’s through my lens of trying to tell that story, and trying to tell what is a sprawling narrative and get it down into…a movie.” 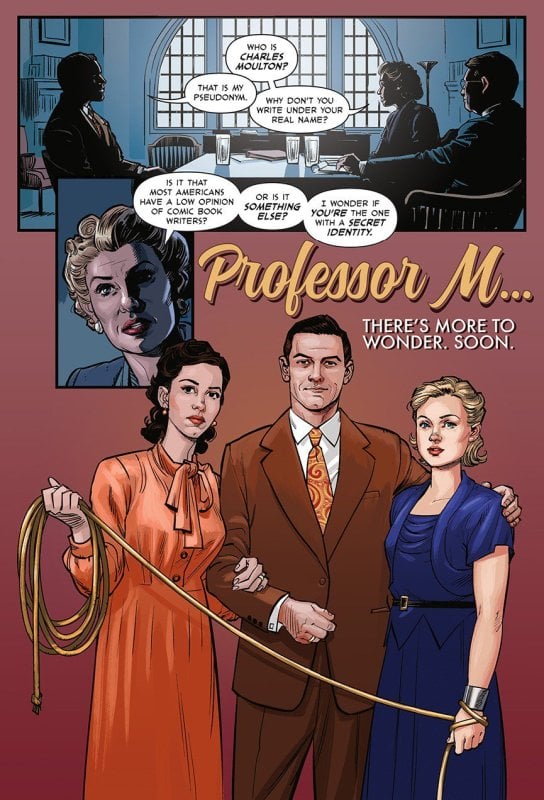 What’s great about the film is that the story allows for the exploration of larger ideas, and Robinson is all about it. “A lot of the movie to me is about men and women, and entitlement, and opportunity,” she says. “I became really interested in the fact that Elizabeth and Olive were hidden from history, and that Marston was known and published, and Wonder Woman was known, but that there were these two women who, because of the times, and because of the sacrifices they made to be in this relationship, they weren’t really able to realize their potential.”

She and I both thought it interesting and ironic that while Wonder Woman has always existed freely and openly as a feminist icon, these women involved in her creation were in large part hidden from history as they supported Marston’s dreams.

The way the film treats Marston is interesting. His name is in the title, but it could be argued that he doesn’t receive the kind of focus that fact would imply. For example, I brought up the fact that, while it was clear in the film that Olive had feelings for Bill, a lot more attention seemed to be placed on Olive and Elizabeth’s feelings for each other.

“I really tried to approach it equally,” Robinson explains. “And they each had a different role in the relationship. The overall story is: they meet, they fall in love, they have their ups and downs, Marston dies, the women end up together. Just as a narrative operation, I thought it was really important. I actually don’t feel like there’s more time spent [on Olive’s feelings for Elizabeth], I just think we’re used to seeing the men and women on screen, and I felt that there were a lot of givens with that. I became obsessed with Elizabeth’s way into the story. She was the one who was cognizant of the world. Olive was about love, and Marston was about ideas, and Elizabeth was the one who was like, You guys! We cannot do this! She’s a realist. And a lot of the movie is about fantasy and reality. If there is a slight emphasis, it’s because I felt like [the female] characters required more explanation. That was the stuff you needed to unpack more.”

However, Marston doesn’t get off easy in this film. Robinson wanted to ensure that her film captured Marston in a nuanced way, too. Complications and all.

“It was important to me to represent Marston’s misogyny and his contradictions,” she says. “I believe that he was a feminist…and he also sometimes had problematic ideas. That’s why I think he’s fascinating. I feel like the movie really leans into exploring that. I didn’t want him to be this perfect guy. He spent his whole life trying to understand [misogyny], but there was a deep disconnect. He was always inside his own misogyny. Like, he knew that he was, but he also knew that he couldn’t escape it. That’s what’s so tragic about him. He was trying to desperately to understand while knowing he could never understand.”

We talked about the fact that, despite her having finished the film a year ago, it’s fortuitous that its finding release now, shortly after the release of the Wonder Woman film. Being a huge Wonder Woman fan, Robinson cried when she saw the film along with countless other women, and she believes that it’s so important that Diana of Themyscira is having a moment, and that Professor Marston and the Wonder Women can add to that conversation.

Robinson says, “Wonder Woman was a lightning rod when she came out, and she outsold Superman, and she was controversial for all the same reasons.” Some things never change, it seems. While they were making Professor Marston, there was all that brouhaha over Wonder Woman being named, then unnamed, as an honorary ambassador for the UN. “I was like, Oh my God! Nothing has changed!” Robinson exclaimed. “She was a phenomenon when she came out, and she is now. She’s always kind of occupied the third rail of the American psyche.”

Professor Marston and the Wonder Women premieres at the Toronto International Film Festival tomorrow, and opens in the U.S. October 13th.