Why Anastasia Is a Nearly Perfect Animated Princess Film

This film holds the key to my heart. 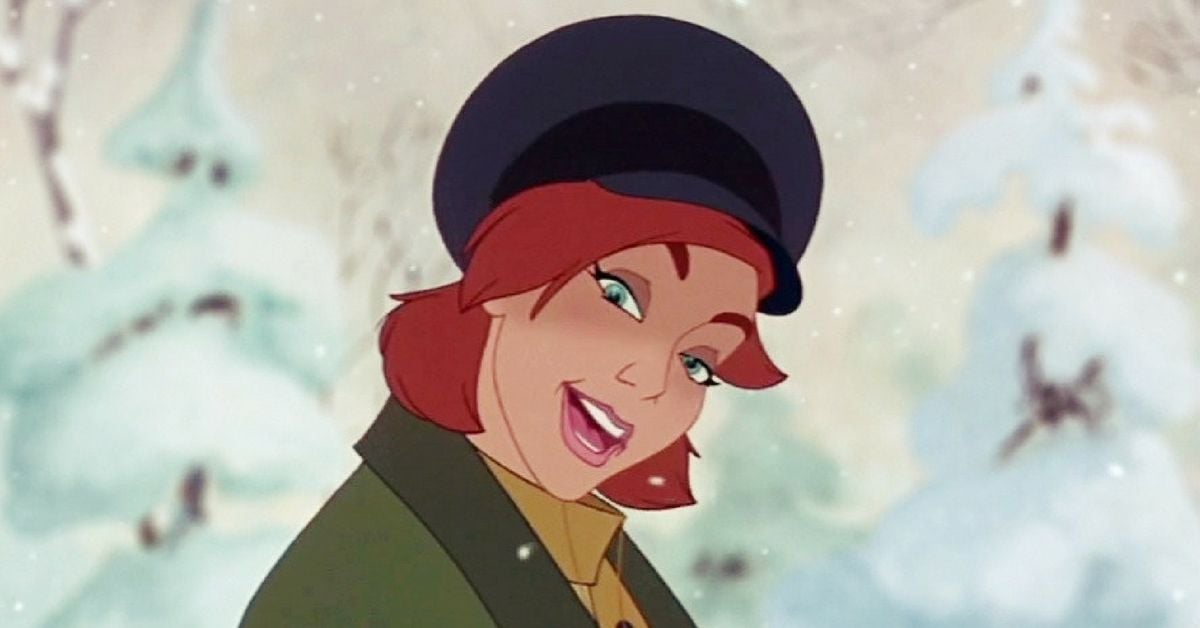 When it comes to non-Disney animated classics, you have to talk about Anastasia. All of us of a certain age who grew up watching the 1997 film have strong feelings about Anya and Dimitri, a classic couple; the songs are go-to karaoke numbers for those of us who grew up singing them. The film was beloved enough that it became a Broadway show in 2016, and 22 years later, the film is still a delight to watch.

The plot follows Anya, a young orphan with no memory of her past, who just might be the lost Russian grand duchess Anastasia. Con-man Dimitri, along with his friend Vlad, are sure they can use Anya as a ticket out of Russia and as an easy way to scam Anastasia’s grandmother, but it turns out that Anya might be the real thing.

Couple that with the romance brewing between Anya and Dimitri, as well as the evil sorcerer Rasputin trying to stop them from reuniting with Anastasia’s grandmother, and you’ve got a rousing adventure. Plus, two cute animal sidekicks in the form of Anya’s dog Pooka and Rasputin’s weird talking bat Bartok (who got his own direct-to-video spin-off).

The film features rich visuals, with only a few odd CGI-animated moments. Hand-drawn and stunning, one particularly amazing moment occurs during the song “Once Upon a December.” As Anya walks through the abandoned Romanoff palace, she reflects on her vague memories; as the song builds to a crescendo, ghosts emerge from the portraits lining the great hall and start to dance. It’s an absolutely beautiful sequence, highlighted by the gorgeous score.

Anya is also a delightful lead, and Dimitri isn’t half bad either. While there is the requisite rescue scene in the middle of the film, Anya ultimately saves herself and the day without needing a man to take care of her. Dimitri starts off as a snarky, lowkey asshole type, but softens throughout the film until his priority stops being the reward money he’s after and his own self-interests and he begins valuing Anya and others. Their relationship has a screwball comedy vibe to it, and voice actors Meg Ryan and John Cusack have clear chemistry.

Anya also gets a tremendous amount of agency. She has her own reasons for going to Paris with Dimitri and Vlad, and her own goals. The film prioritizes her journey, both to the past and to finding herself, She never plays second fiddle to her male counterpart, and in turn emerges as a stronger character with a stronger relationship that withstands the test of time. On a rewatch, while the film isn’t a perfect masterpiece, it holds up and is still a blast to watch.

Growing up, Anastasia was probably my favorite movie. I had an Anya doll and even went to see Anastasia on Ice, which I remember being delightful to my five year old self. I still watch the film frequently, because it’s still wonderful and sometimes, you need a fairy tale to get through the stresses of the day. Also, the Anastasia AU fanfictions for all my favorite pairings tend to be awesome, because who doesn’t love mashing up two films together to create one perfect alternate universe?

So, next time you’re looking for some animated classic film featuring royalty and peril and a good romance to watch, consider Anastasia, just for the fun of it. This movie obviously isn’t all that reflective of actual Russian history, but anyone expecting this missed the talking bat part. If you grew up with the film, you’ll probably still have as much fondness for it now as you did then. Also, the songs are catchy and you’ll be singing “Journey to the Past” for the next week or so on loop.