Carlsen's got the lead, but it's too early to count Anand out. 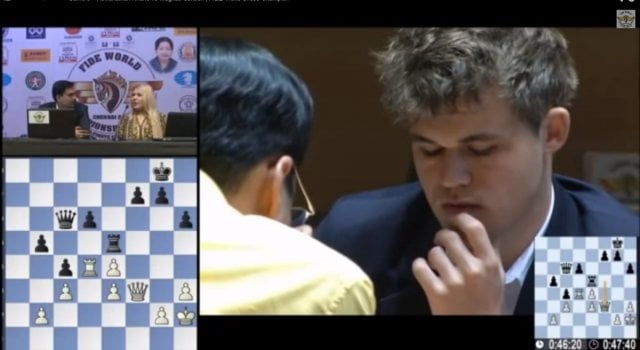 We’ll be the first to admit we were wrong about our assumption that Magnus Carlsen would try to hold his lead and simply play for a draw in Game 6. He managed to up his lead to two games over opponent Vishy Anand, and prove that he’ll fight to the bitter end. Can he do it again in Game 7? Watch live right here and find out!

[Update 4:21AM ET] The stream is up. Enjoy Game 7 everybody! Let’s see if Anand can strike back with a win.

[Update 4:01AM ET] Here’s the live board for Game 7. Still waiting on the live stream.