An Exclusive Preview of Worlds’ Finest #7 Featuring Power Girl and The Huntress! 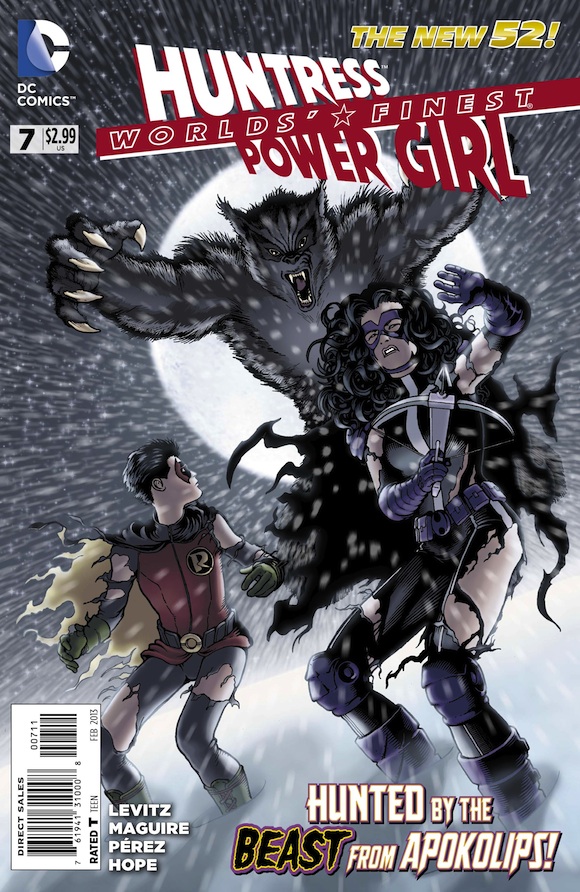 Worlds’ Finest is a comic I’m really enjoying right now, for a number of reasons. First, one of the characters is Batman’s daughter, which is basically who I wanted to be from the age of eleven to probably… sixteen or seventeen. The comic features Helena Wayne and Karen Starr, the Robin and Supergirl of Earth-2, unexpectedly transported to our universe in the heat of a battle against Darkseid in which both of their mentors perished, which brings me to the next reason why I love the comic: any superhero story that so prominently features a friendship between women is to be cherished. And finally, issue #7 marks the second part of a story featuring Helena’s Earth Prime counterpart: Damian Wayne. Damian is something of a divisive character in fandom and even here at The Mary Sue (Jill loves him… ugh). I took no small pleasure in seeing him matched in sass and kick assery last issue, and I look forward to seeing it again.

In conclusion: Worlds’ Finest has a lot going for it, so I’m happy to say that DC Comics has offered us an exclusive preview of the first six pages of issue #7 and two of its covers.