Steven Moffat Confirms Our Worst Fears: Amy and Rory Will Be Leaving Doctor Who for Good Next Season 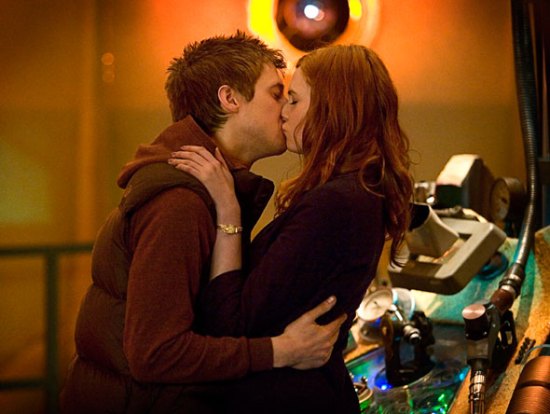 Along with the other season seven tidbits showrunner Steven Moffat recently  revealed, some dire news Doctor Who fans have been dreading came out during the press screening of this year’s Christmas special, “The Doctor, The Witch, and The Wardrobe:” Beloved companions Amy Pond (Karen Gillan) and Rory Williams (Arthur Darvill) will be leaving the show for good sometime during season seven. They will be replaced by a new companion, as is the heartbreaking tradition.

As we all know, it was hinted last season that they’d be leaving for good, moving on with their lives as married adults. Coupled with the fact that the way Doctor Who works is that everyone you love always leaves, we saw this coming. Still, though, the confirmation stings. It won’t hurt nearly as bad as when David Tennant or Rose left, but still. Still. The depressing tweet:

Steven Moffat announces”The final days of the Ponds are coming during the next series. Then the Doctor will meet a new friend”

However, Moffat did confirm that River Song will be returning to the show, though in what capacity, we can only assume it’ll be similar to her previous appearances — occasionally dotted throughout the season. Also, she’ll probably say “Hello, sweetie.”

Though we are now devastated, we’re trying to sincerely wish Karen Gillan and Arthur Darvill a happy, productive career post-Who, but you know, we’re devastated, so it’s tough. Especially when Matt Smith will probably leave in a season or two as well, as is the trend.

Good luck, Karen and Arthur. Make sure you’re in stuff so we can watch you.

(@bbcdoctorwho via Doctor Who News)