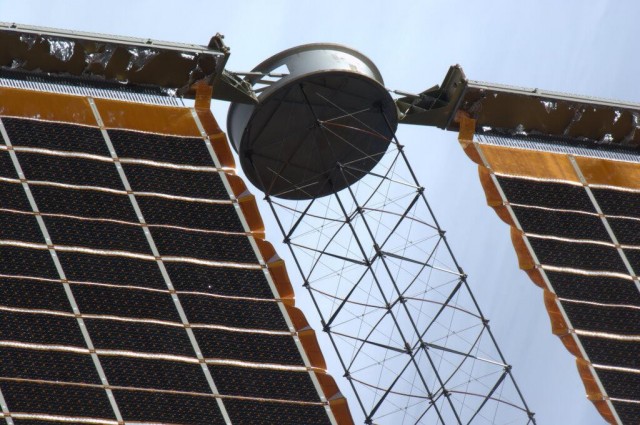 We don’t have very many details at the moment, but International Space Station Commander and Canadian superhero Chris Hadfield just tweeted this image from space. It shows a small hole in the ISS solar array from what Hadfield called “a small stone.”  He said he was glad it missed the hull. For the record, we’re glad it missed the hull too.

Bullet hole – a small stone from the universe went through our solar array. Glad it missed the hull. twitter.com/Cmdr_Hadfield/…

So in case anyone was wondering whether we still need a better plan for dealing with space debris…I mean, it seems like probably yes, right?