From Gothic haunted houses, to asylums, to witch hunts, to carnivals, to creepy hotels, to the mystery of Roanoke, Ryan Murphy’s American Horror Story has, for the past six seasons, told original stories inspired by motifs and real-life historical moments that speak to uniquely American horrors. And what horror is more uniquely American than our most recent Presidential Election?

In an interview on Bravo’s Watch What Happens Live, Murphy confirmed that the upcoming seventh season of the show, which begins filming in June, will focus on the 2016 U.S. Presidential election. I wonder if this is the “secret season” Murphy alluded to back in September. While the season doesn’t yet have a title, Murphy delivered this information completely matter-of-factly. This is really happening, people! Here’s the clip:

OK, that was six words, but how amazing would that be? They’re around the same age, and while Lange tends to play the more villainous roles in the franchise, there’s no doubt that her Hillary Clinton (or Hillary Clinton surrogate character, depending on how they’re telling the story) would be complicated and badass.

However, right now this is all wishful thinking, as the only recurring members of the AHS cast that have officially signed on to return are Sarah Paulson and Evan Peters. Whom would they play? More importantly, who would play the Trump character? If Denis O’Hare returns, he might be a strong possibility. He’s an amazing actor, and he’s already taken on some pretty drastic transformations in the past. What do you think? 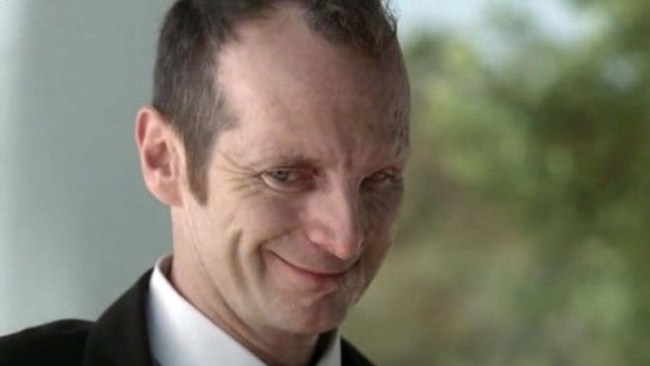 An orange toupee and a fake tan? I could buy that.

One of the great things about American Horror Story is how skillfully it taps into our national psyche, honing in on what makes us afraid as a country, and picking away at that fear to see what’s underneath. The 2016 election tore into that national psyche in a way that few things in our history have, and caused a seismic shift in how we operate as a citizenry. Watching that story be retold, and so soon afterward, through AHS‘ unique brand of storytelling should be, as Murphy says above, “interesting for a lot of people.”

You could say that again.

(via Nerdist, image via screencap)