Bow Down For The First American Gods Trailer | The Mary Sue

Bow Down For The First American Gods Trailer 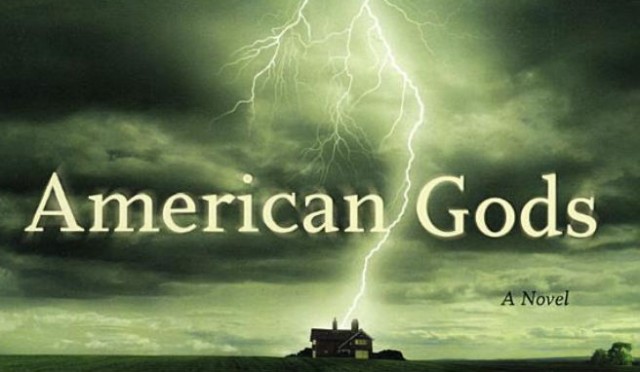 Bryan Fuller’s adaptation of the Neil Gaiman novel American Gods for Starz has been in the works for a while now, but our excitement just rocketed to new heights after the show held its first official panel at this year’s Comic-Con.

Fuller was joined on-stage by Gaiman and several members of the cast, including Ian McShane and Ricky Whittle–and also surprised the attendees by announcing that Kristin Chenoweth would be added to the cast as the goddess Easter! (Chenoweth posted a fun vid of her surprise SDCC entry from backstage to her Twitter account; the sounds from the audience alone make this a worthwhile watch.) Fun fact: Gaiman revealed he started writing American Gods on a train to Comic-Con all those years ago, and now he gets to be a part of bringing the show to the same place! Funny how that works out.

In addition, Starz finally released its first look at the upcoming series which basically lays out what we can expect from this show when it kicks off next year. Check out the first look at American Gods below!

To sum up: Ex-convict Shadow, played by Whittle, encounters con man Mr. Wednesday (McShane), who may be more than what he seems. Of course Shadow is also wrestling with the unexpected death of his wife Laura (Emily Browning), but that’s not the only thing he’ll have to face since Mr. Wednesday is gearing up for a battle between the old gods and the new.