Starz Picked up the American Gods TV Show, and Bryan Fuller Is Co-Showrunning

EVERYTHING IS GOOD AND RIGHT WITH THE WORLD FOREVER AND EVER AMEN. 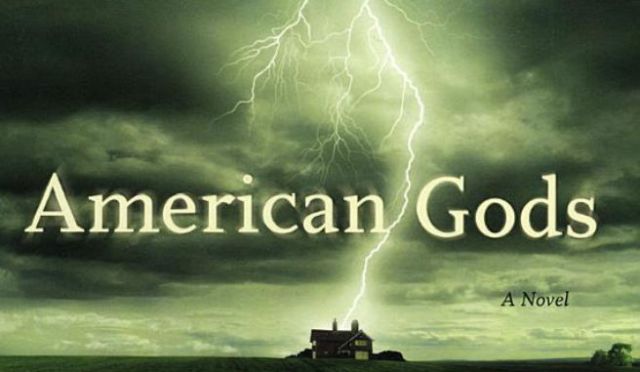 Here’s where we left the American Gods TV show: HBO was going to do it but then didn’t, because reasons. FremantleMedia picked up the slack and started developing their own version, but with no network attached.

And here’s where are are now: Starz just picked up American Gods. Neil Gaiman will executive produce along with Bryan Fuller (Pushing Daisies, Hannibal) and Michael Green (Kings, Heroes), who are showrunning. Fuller will write the pilot.

Everything is beautiful and nothing hurts.

Starz Managing Director Carmi Zlotnik promises “a series that honors the book and does right by the fans and viewers,” but of course he would say that. I’m more interested in what Gaiman, who wrote the book American Gods, has to say. And here he is:

“When you create something like American Gods, which attracts fans and obsessives and people who tattoo quotes from it on themselves or each other, and who all, tattooed or not, just care about it deeply, it’s really important to pick your team carefully: you don’t want to let the fans down, or the people who care and have been casting it online since the dawn of recorded history. What I love most about the team who I trust to take it out to the world, is that they are the same kind of fanatics that American Gods has attracted since the start. I haven’t actually checked Bryan Fuller or Michael Green for quote tattoos, but I would not be surprised if they have them. The people at Fremantle are the kinds of people who have copies of American Gods in the bottom of their backpacks after going around the world, and who press them on their friends. And the team at Starz have been quite certain that they wanted to give Shadow, Wednesday and Laura a home since they first heard that the book was out there.I can’t wait to see what they do to bring the story to the widest possible audience able to cope with it.”

“Neil Gaiman has created the holiest of holy toy boxes with American Gods and filled it with all manner of magical thing, born of new gods and old,” adds Fuller. “Michael Green and I are thrilled to crack this toy box wide open and unleash the fantastical titans of heaven and earth and Neil’s vividly prolific imagination.”