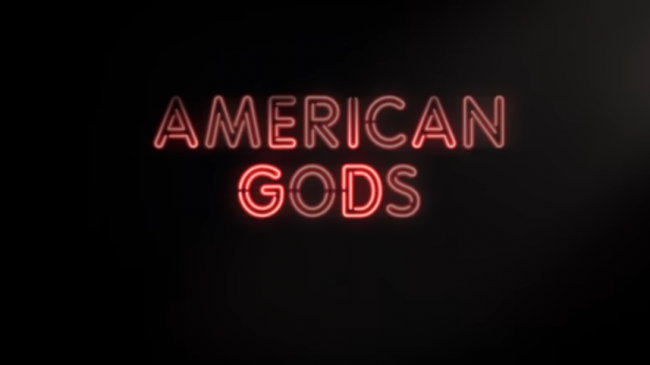 The third episode of American Gods reportedly contains a very explicit gay sex scene between two Middle Eastern men – and the scene left quite a few reviewers feeling hot and bothered. Given how often same-sex relationships are sanitized and censored on network television, confined to chaste kisses and fade-to-black intimacy, plenty of fans were excited for the representation.

AMERICAN GODS also has the single hottest and most pornographic gay sex scene ever put on mainstream television, so buckle up for ep 3

Among its other merits, “American Gods” has the hottest gay sex scene I’ve seen on TV since “Sense8,” maybe ever. It made my palms sweat.

As a queer women, the promise of an explicit, pornographic same-sex scene can make me nervous, but I also recognize that the media’s attitude toward woman-on-woman scenes (Make it sexy, but in an exploitative way for the hetero male gaze!) is quite different from its attitude toward man-on-man scenes (Hide it forever!). While we’re dealing with the same root cause of homophobia, we’re often looking at different symptoms, and therefore different potential pitfalls. Still, I never want to see an already marginalized sexuality served up as some sort of shock-value titillation for a predominantly straight audience.

However, comments from both the actors and the show’s creators, as well as friends who’ve seen the show, have me relatively assured that this could actually be a really cool embrace of the fact that queer men have just as much awesome, meaningful sex as the rest of us – and, yes, some of those queer men are Muslim or Middle Eastern.

The scene takes place when the Jinn, played by Mousa Kraish (Munich, Superbad), picks up a salesman named Salim, who’s played by Omid Abtahi (The Hunger Games: Mockingjay – Part 2). Speaking to Out, Kraish said, “The sex scene is so intense and intimate. I don’t think anything like it has ever occurred on TV.” He also said that, from a character perspective, “The Jinn comes into Salim’s life to say, ‘It’s OK to be who you are.’ Now, more than ever, that story is incredibly powerful.”

Co-creator Bryan Fuller also described the scene in reassuring terms. “I’m excited for people to see the Salim-Jinn story,” he said in a recent interview with Showbiz 411, “and the beauty of that sex scene, which was not a small feat – for two gay, Muslim characters to have a beautiful, sophistical, sexual experience.” He then described the vision behind that scene: to “visually give you an idea of what it’s like to take a god inside you” and offer “a wonderful metaphor for a religious experience.”

I’m cautiously optimistic that this will be as hot as the reviewers described without becoming exploitative. And if so, we might even be able to look forward to more such scenes in the show. After all, co-developer Michael Green told Geek & Sundry: “Starz said up front they encouraged male nudity” in order to keep the nudity ratio more gender-equitable. Go for it, folks. Just…I don’t need you to keep it classy, and I won’t say keep it tasteful – but can we please keep it progressive?