What are you doing, DC? 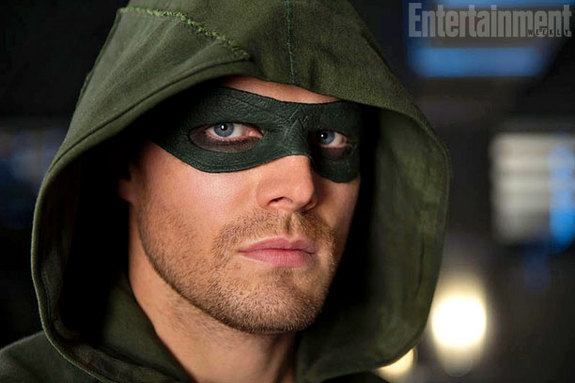 Where Marvel is very serious about integrating their movie and TV universes, DC… not so much. Arrow star Stephen Amell has some feels about this, and he (probably wisely) thinks it doesn’t make a whole lot of sense.

After DC announced Ezra Miller would be playing the Flash in the big-screen adaptation, Amell said that he wasn’t impressed.

I thought that the way that Warner Bros. announced the slate of DC movies could have been handled better. And I think someone like Grant Gustin, who has just launched an iconic character like the Flash to record-breaking numbers, numbers that far-surpassed Arrow’s numbers, he should have been given a wider berth than two episodes before another actor was announced to play his character. All that being said, that’s because I’m protective of Grant, and that’s because I think producing 23 episodes of superhero television is more difficult than producing a feature film. And it’s 23 episodes again, and again, and again.

I can’t say I particularly disagree–especially since DC’s TV slate is always far superior to their film offerings (yeah, I said it). But Amell has hope that DC will get their shit together:

The plans that Warner Bros. has, and it’s a great plan, overall, and DC has for the introduction to the Justice League of America and all the standalone films, is going to take place over the course of five to six years. So who knows what could happen. I’ve had some great conversations with Geoff Johns, who is DC’s Chief Creative Officer. We had this conversation shortly after these announcements were made, and I came away from the conversation feeling great

In a world where Marvel’s Cinematic Universe is connecting their platforms in a way we’ve never seen before, it really does seem odd that DC is so set on keeping their television and film separate. Though I might just want to see a Jason Momoa/Aquaman TV show, so don’t take me that seriously.